24 Places to Use the Diminished Scale 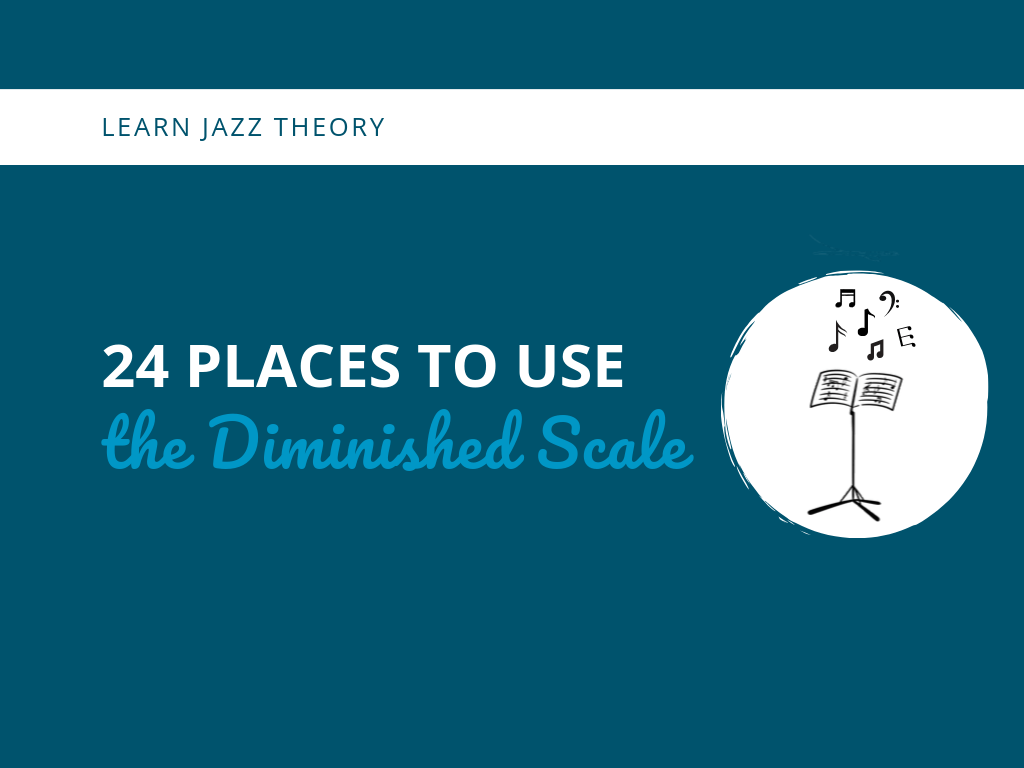 The Diminished Scale is often misunderstood. It is symmetrical, unlike the major scale, and this alone gives it a certain mystery.

When you consider its exotic sound, the mystery grows. Many people first learn to improvise using major and blues scales, and so we are used to learning scales that have a different scale for each chromatic note you could start on. The symmetry of the diminished scale makes it a little harder to understand, although in a way it’s easier than other scales because you only have to learn three scales, and not 12.

The diminished scale, however, is symmetrical. You can see it’s symmetry when you look at the intervalic composition of the scale. The diminished scale, also known as the “octatonic scale,” is spelled whwhwhwh or hwhwhwhw, depending on whether you start with a whole-step or a half-step. Because of its symmetry, you don’t have to learn 12 of them. There are only three diminished scales, and you repeat the same notes every minor third!  This will be covered in more detail in the PDF handouts later in this article.

If you start with a whole-step, the pattern is whwhwhwh. This scale is useful over a diminished chord. In his influential jazz theory book “Lydian Chromatic Concept of Tonal Organization”, George Russell refers to this scale as the “auxiliary diminished scale,” although many people refer to it simply as the “whole-half diminished scale.”

If you start with a half-step, the pattern is hwhwhwhw. This scale is great over a dominant chord, particularly a 13(b9) chord. George Russell refers to this scale as the “auxiliary diminished blues” scale for its bluesy quality and it’s used with dominant chords, but many people just call it the “half-whole diminished scale.”

In the above example, you can see the same scale starting on two different notes.  In reality, you can start the scale in 8 different places, not just two!  These 8 starting places (or 8 derivatives of the 3 diminished scales) are shown in detail below when you examine the musical examples.

There are only three pitch collections for the diminished scales, but each of those 3 pitch collections can start on 8 different notes!  Depending on which note you start, the pattern will start with a whole step (whole-half diminished) or a half-step (half-whole diminished). These two varieties of the scale alternate with each other, back and forth.  Examine the musical example in detail to see exactly how this works.

Here are two PDFs and images that help explain the 8 derivatives of the three diminished scales even further.  The “Diminishing Possibilities” PDF not only lists out the 8 derivatives of each of the 3 diminished scales but also shows left-hand piano chords that go along with the scales. This is extremely useful to know for all jazz improvisers, not just for pianists.

The enharmonic spellings are sometimes chosen for ease of reading rather than technical accuracy (for example, Gbdim7 is spelled Gb, A, C, Eb, instead of the technically correct but harder to read Gb, Bbb, Dbb, Fbb.  Who wants to read an Fbb?) 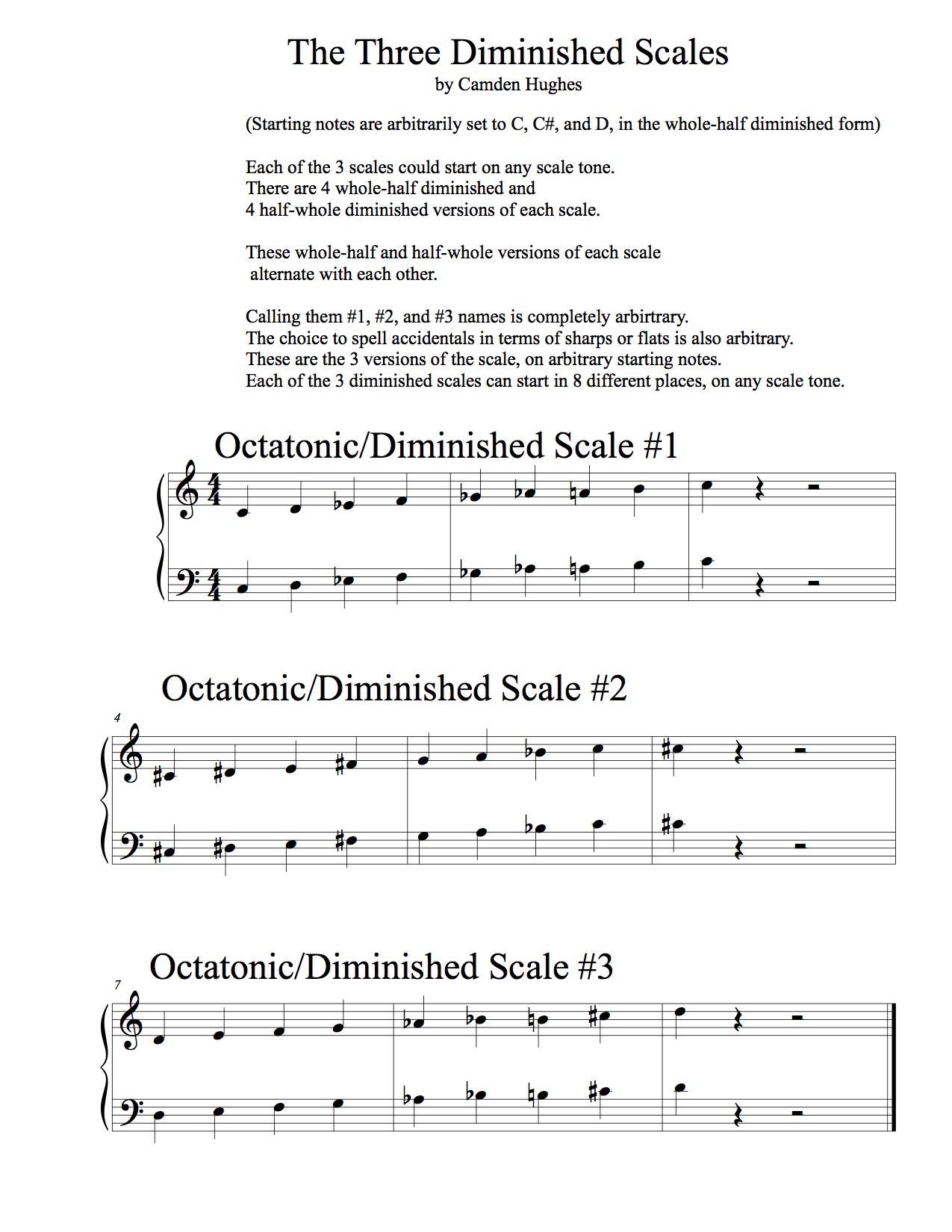 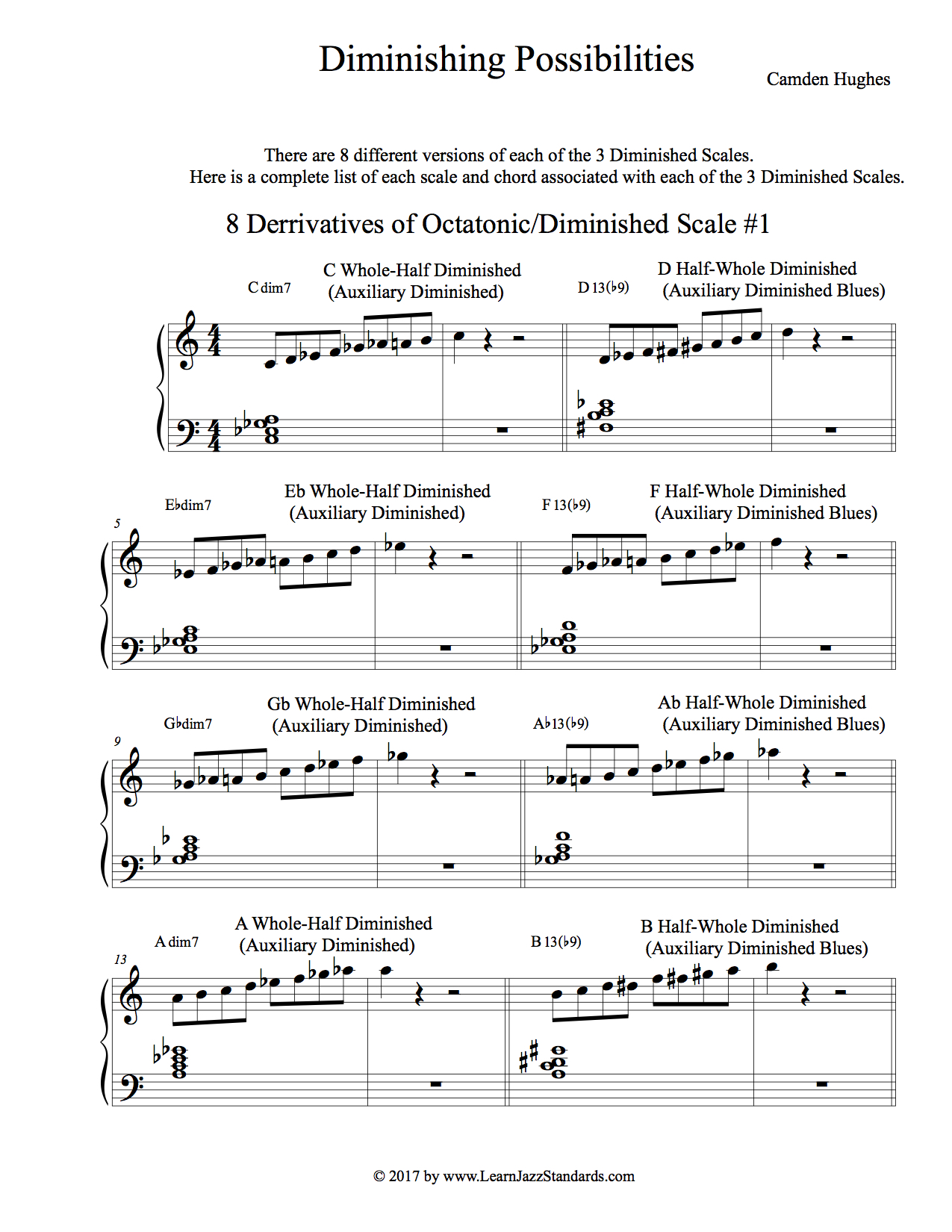 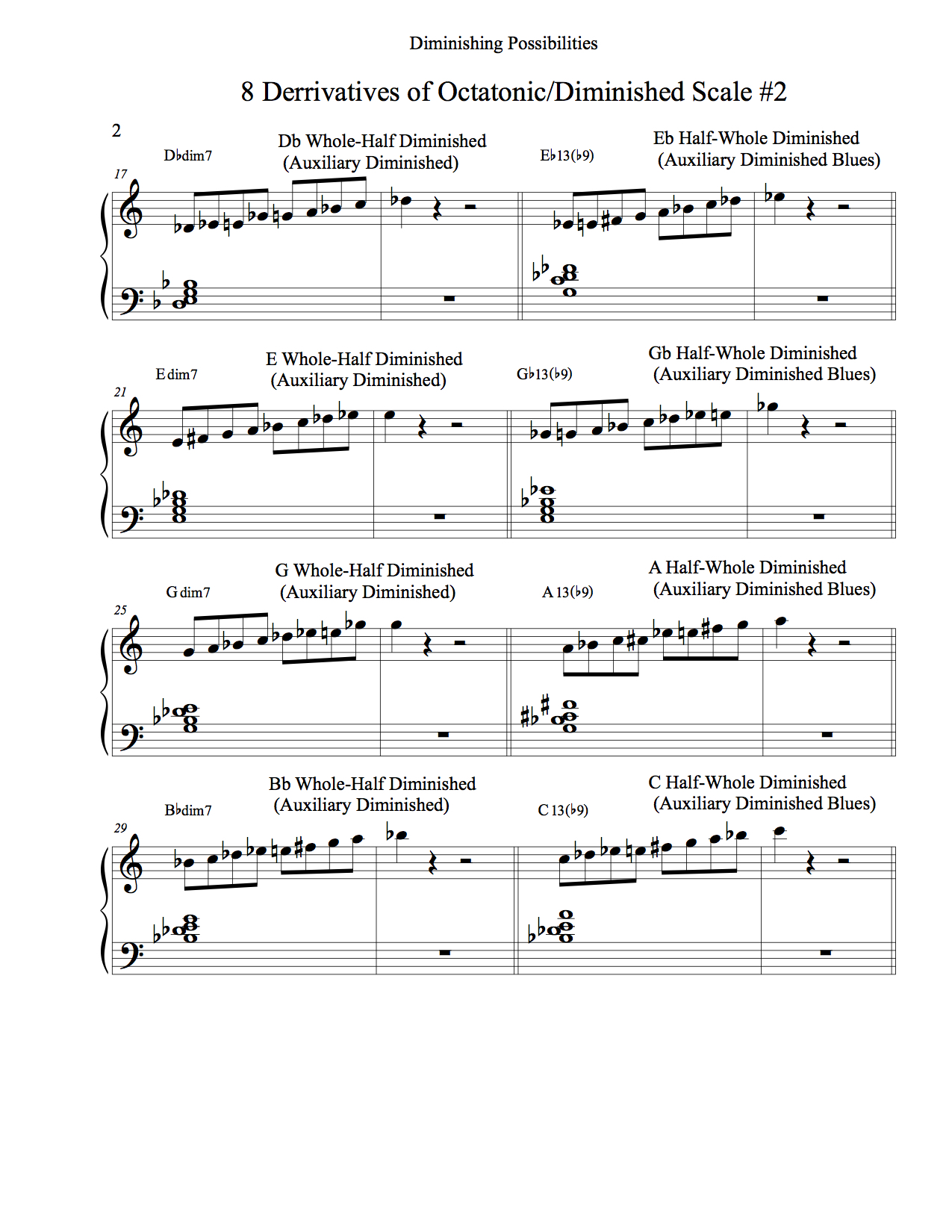 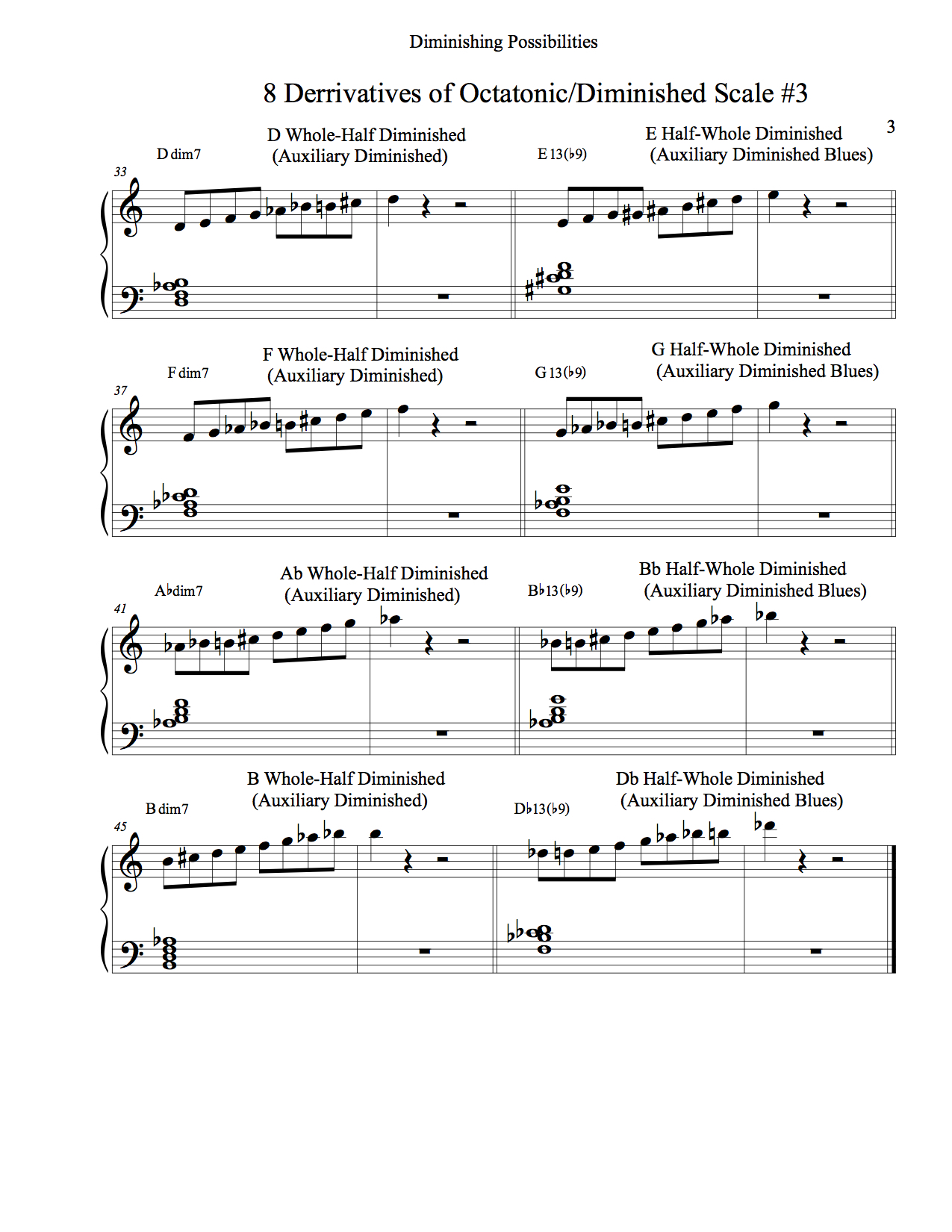 Facebook
Twitter
Previous articleHow to Drastically Improve Your Jazz Solos in 3 Simple Steps
Next articleLJS 51: Everything You Need to Know About Jazz Jam Sessions