The Right Way to Use the Diminished Scale 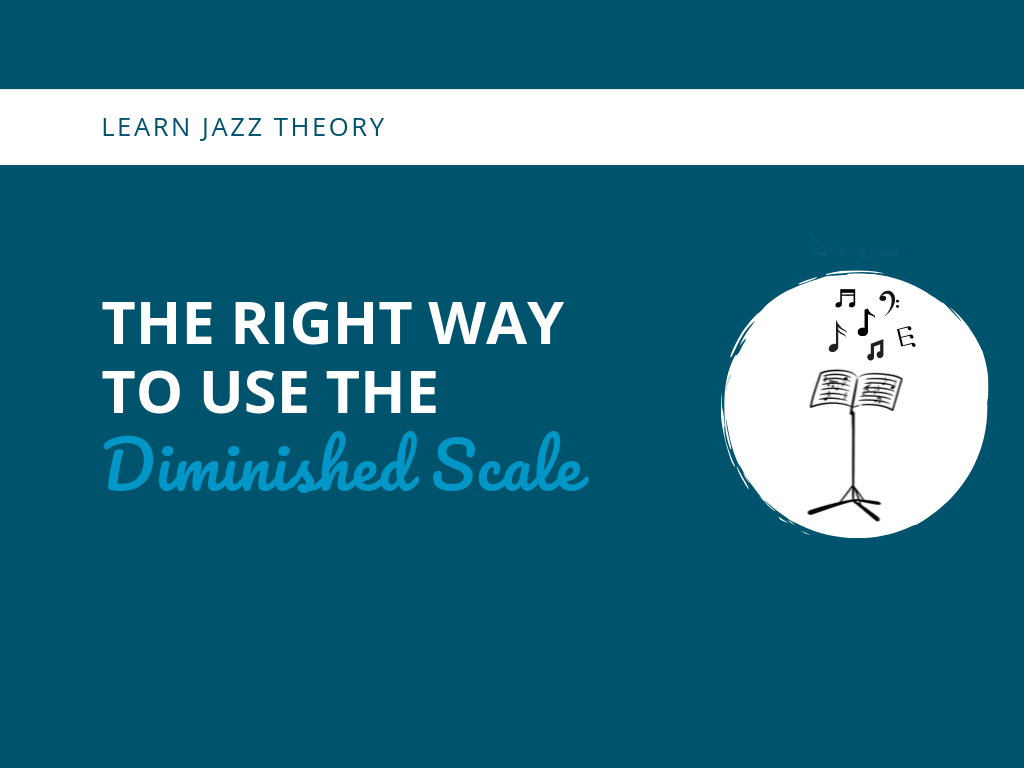 The diminished scale is one of the most useful and versatile tools for jazz improvisers. It has been covered on LJS before, but I want to try to offer an additional perspective on how to think about and use this scale.

In this post, I’m going to walk you through some basic answers to these questions and talk about the most effective ways to incorporate the diminished scale into your playing.

What’s the history of the diminished scale?

Diminished-like scales and other symmetric scales have been used in non-Western music for centuries (and perhaps even millennia). There a few freak incidences of diminished scales in earlier periods of European “classical” music history, but diminished scales began to appear more definitively as a distinct musical idea in Western music during the so-called “Romantic Era” in the 19th century, especially in the music of Russian composer Nikolai Rimsky-Korsakov and his students/imitators.

There are 3 ways to think about constructing the scale that corresponds to the diminished chord:

Also, be aware that the diminished scale is sometimes called the “octatonic” scale because it has 8 notes (“octa” = 8, “tonic” = tones), as opposed to other scales like the diatonic modes (or church modes) which have 7 notes or pentatonic scales which have 5 notes.

What are the unique properties of the diminished scale?

Diminished scales are symmetrical scales, meaning that they can only be transposed into another “key” a limited number of times before they repeat themselves – before you get the same scale with the exact same pitches, just starting on a different note. Since they are “limited transposition” scales, you can’t generate modes from diminished scales the same way you can with an asymmetric scale, such as the major scale (also called the Ionian mode).

As it turns out, there are only 3 diminished scales. If you don’t believe me, try building diminished scales yourself and see how many unique scales you can generate before you wind up with a scale with the exact same pitches as the one you started on, just played in a different order.

Diminished scales have a lot of built-in major triads and 7th chords.

Using only notes derived from a given diminished scale, you can extract a lot of useful and familiar-sounding harmonic structures. This is useful – one of the best ways to tap into the “diminished sound” is to play melodic patterns based on the internal structures of the diminished scale, as opposed to just running up and down the scale in stepwise motion. 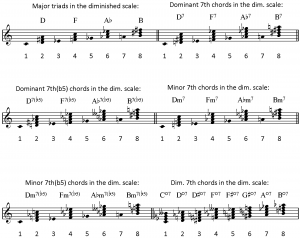 How do you use diminished scales?

Here are some of the best applications of the diminished scale:

1. Over a fully diminished 7th chord with the same root (the most “obvious” use):

4. Over a pedal point (any diminished scale will work, but most often the chord with the same root as the pedal note works best):

Finally, here is a very useful “insider” tip: diminished scales work best starting with the whole step first when playing both ascending or descending step-wise melodies over dominant 7th (b9) chords. This is because it allows the chord tones and the “colorful” notes to fall on the beat when using the diminished scale over dominant 7th (b9) chords. Most importantly, it also makes resolving into the next chord generally easier and more natural. For example: 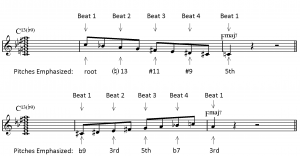 I hope you find this a helpful guide for exploring diminished scales. Be aware that there a number of exotic sounding melodic patterns you can create from the diminished scale because it is symmetric – see if you can come up with your own patterns, and happy practicing!

Facebook
Twitter
Previous articleLJS 52: Birthday Episode feat. 8 Special Guests with Musical Failures
Next articleHow to Use the Melody of a Jazz Standard to Develop Solo Ideas