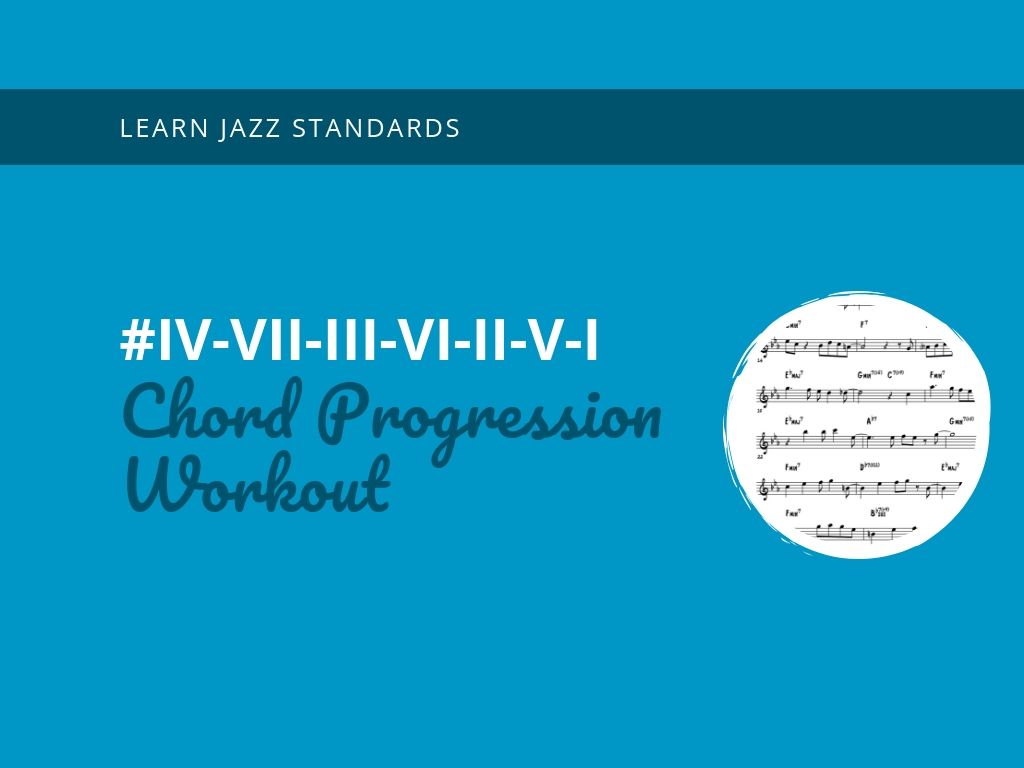 This is our #iv-VII-ii-VI-ii-V-I Chord Progression Workout.  You can find a similar progression as this in Dizzy Gillespie’s tune Woody’n You.  This progression cycles by fourths starting on the #iv7(b5).  You can also think of the #iv as being a tritone away from the root. For example, in the key of C major this progression would be: F#m7(b5)-B7-Em7-A7-Dm7-G7-Cmaj7. If you want to think about this progression in smaller chunks, think of it as two ii-V-I’s with a connecting chord (VI7) in between:

If you want to work on these ii-V-I’s individually check out ii-V-i (minor) and ii-V-I Chord Progression Workouts.

Play along with this exercise, which helps you practice this important progression in all 12 keys.  It goes through the Circle of 4ths and each key is played twice.  Use the chord charts below to see the exercise and use the play-along to practice!

Having trouble with any of these chords individually? Check out our Jazz Chord Workouts.

How to Improvise Over All The Things You Are