One of the defining characteristics of jazz is it’s rich harmony. You may have seen this meme floating around social media: 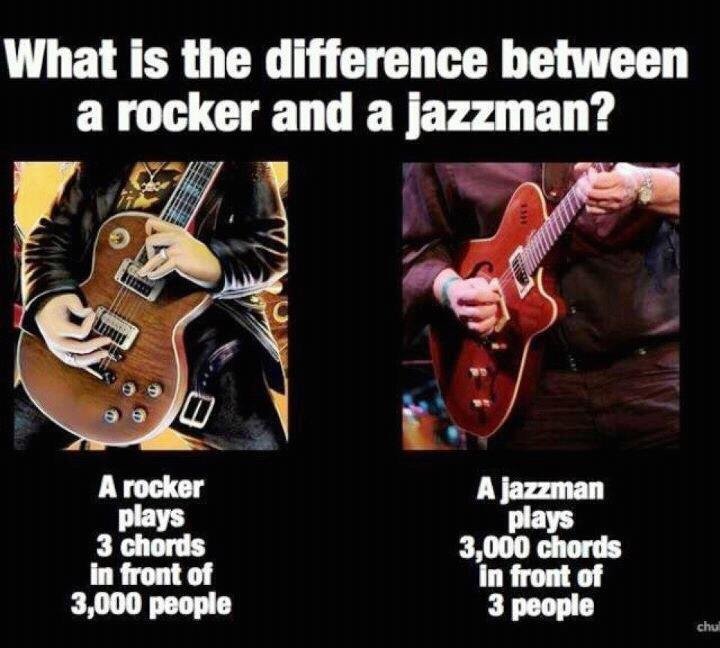 Now as funny as that is, the point made about how many chords a jazz musician plays in comparison to a rock or pop musicians is practically spot on! Obviously there is an exaggeration there, but jazz is in general much more harmonically complex than pop culture music.

Traditionally, jazz harmony has a lot more harmonic movement going on than some other styles of music. However, jazz harmony to a jazz musician is not necessarily what is written down on paper.  A jazz musician can look at a song, see a set of chord changes and play them, but that doesn’t set the boundaries. A knowledgeable jazz musician will look at harmony and understand that there are many more possibilities than what meets the eye.

I can think of no better way to start digging in to how a jazz musician expands on harmony than the blues.  Let’s go over some ways that jazz musicians expand on harmony and add to chord progressions in a blues context. But before we do that, I want to make sure we are all familiar with chord qualities by numbers. For some, this will be review, for others this will be necessary to have a basic understanding of this lesson.

We are going to be using a blues in Bb as an example, and since the tonal center revolves around a dominant chord, we will be using the Bb mixolydian scale to demonstrate what I mean by chord qualities by numbers. Take a look:

Here we have notated a Bb mixolydian scale. Each note in the scale is Roman Numeral numbered below and the quality is shown up top.

If this chord qualities by number crash course leaves you a little bit confused, hopefully some of the next examples will clarify things further.

Building on a basic blues progression

Here’s a fairly standard 12 bar blues progression. There are no substitutions or alterations here yet, just a simple blues. Take a look:

Now lets throw in some Roman Numerals to understand how the chords function in the key of Bb:

This standard blues progression is used in many jazz compositions. Freddie Freeloader by Miles Davis has a similar chord progression. However this is where jazz musicians begin to take off harmonically from blues and rock musicians: adding ii-V’s. Take a look at this first alteration:

Circled in red is the change made to the form. Notice that in bars 9 and 10 the V and IV chord are swapped out with a ii-V (Cmin7-F7). The ii-V-I chord progression is easily the most used series of chords in jazz as well as many other types of music. With these changes made, I would call this a basic jazz blues. However, there is another version of these changes that I would say is more common for jazz musicians to play. Take a look at this next set:

Already the harmony is becoming thicker and full of movement. Consider the additions:

I would consider this a more common version of a jazz blues, but of course there is a lot more we can do to this progression! Let’s look at the next set of alterations:

Let’s look at another realm of possibilities:

Now, I know all of this is a lot of information and a lot of possibilities (though there is much more we could do)! I would recommend going through and trying all of them out yourself. But I want to leave you with one more eye opening example of how jazz musicians take a chord progression and expand upon it to create more direction and movement.

Since we are dealing with the blues, the best example of this is the way Charlie Parker transformed the blues in his compositions such as Blues For Alice and Chi Chi. We call this progression a “Bird Blues”. The example below shows a regular jazz blues in the top staff and a Bird Blues in the bottom staff. The yellow highlights are the target chords. Notice how bird always hits the target chords, and notice the difference and similarities between the two blues progressions: 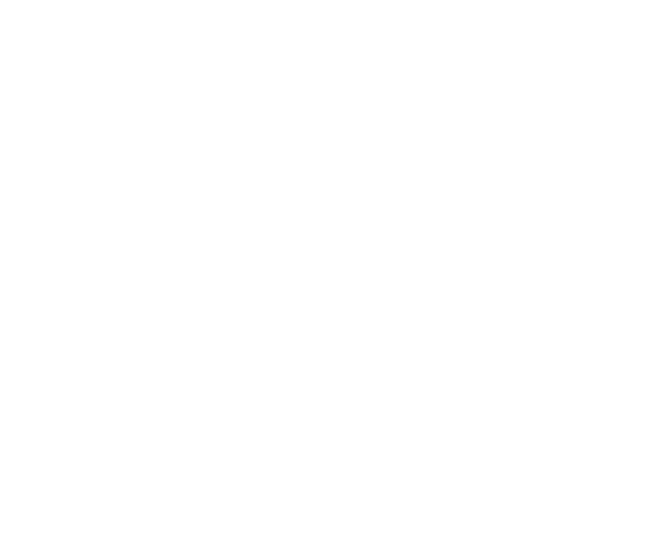 A good jazz musician has an extensive knowledge of harmony and how to us it in different musical situations. Once you understand these different possibilities, it can really open up your comping and soloing!

Those interested in seeing how John Coltrane added his own harmonic structures into jazz standards, check out Understanding Coltrane Changes Part 2.

To learn more about this author, visit www.brentvaartstra.com.

“There is No Greater Love” Workout