Deepening Your Understanding of the Modes

Jazz improvisers know that the modes of the major scale are important, but the way in which many people think of the modes makes it difficult to use the modes when improvising in the heat of the moment.  By the time they realize what mode is consonant with the chord, the chord change has past.  How do we speed up our recall of the modes so they are more useful when improvising?

This article assumes a certainly level of familiarity with the modes, but let’s run over the modes quickly, as a review.  Notice I have, in this particular instance, numbered the modes 1, 2, 3, 4, 5, 6, and 7.  Toward the end of the article, I will symbolically leave the modes unnumbered.

For more information about the modes, visit:  https://en.wikipedia.org/wiki/Mode_(music)#Modern

The above table represents TWO distinct, yet complimentary ways of thinking about the modes:

1.  Know the Modes from the Parent Major Key

The bold part of the above “Major Scale Modes” section represents the way the modes are generally taught:  the parent scale, and the derivative modes.  The major scale has a particular signature, and the modes share the same key signature, but each mode starts on a different scale degree:

1.  The Ionian Mode starts on the first scale degree of the major scale.  (It’s just a major scale)

2.  The Dorian Mode starts on the second scale degree of the major scale.

3.  The Phrygian Mode starts on the third scale degree of the major scale.

4.  The Lydian Mode starts on the fourth scale degree of the major scale.

5.  The Mixolydian Mode starts on the fifth scale degree of the major scale.

6.  The Aeolian Mode starts on the sixth scale degree of the major scale.

7.  The Locrian Mode starts on the seventh scale degree of the major scale.

It’s great to know this information, but in the heat of the battle, it’s not very fast to think of a major scale that starts on a different note than the root of the chord.  C Dorian is Bb Major…sort of.  People often think of the modes based on the key centers from which they are derived, but this is problematic for two reasons:

1. This kind of parent key thinking can lead to improvisation which doesn’t emphasize the chord tones of the dorian (or another) mode, and the improviser can start sounding like they are in a different key entirely even though they are using the “correct notes!”

2.  It is ultimately slower than thinking of the mode on its own if the improviser has to “translate” the mode to another scale from which the mode is derived.

For improvisation, it is more helpful to:

2.  Know the Modes By the Numbers

The italicized portion of the “Major Scale Modes” section above represents a deeper way of thinking about the modes, in which you learn to see the modes from the root of the mode, NOT from the parent major scale.  Knowing the C Dorian Scale as 1, 2, b3, 4, 5, 6, b7, 8 is faster, ultimately, than knowing it as a “Bb Major scale starting and ending on C.”  See the difference?  It can be confusing, slow, or unhelpful to think of a major scale that starts on a different note than the chord.

Seeing the modes in terms of their numbers can also help an improviser to produce ideas that sound more “modal” instead of major.  Each mode has it’s own characteristics, but these characteristic sounds can be lost by those who trapped into thinking of the parent major scales too much.

Here are the modes by their numbers.  While I have the modes listed in the same order, I have not numbered the modes to symbolically represent seeing each mode as it’s own entity and not as a derivative of another scale.

PDF of The Major Modes 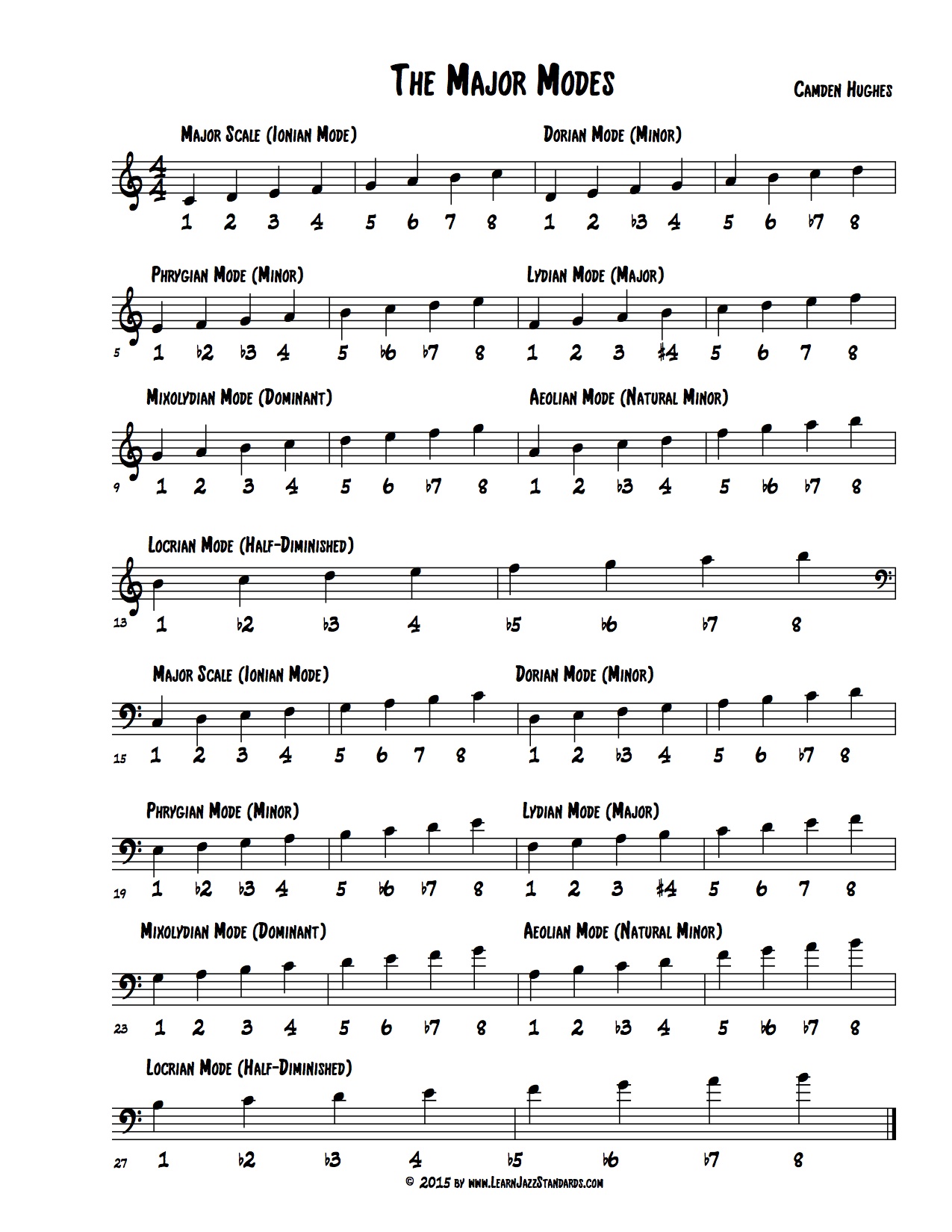 To conclude, jazz improvisers should strive for a deep understanding of the modes and their characteristic sounds. While understanding the way in which a mode is derived from a parent major scale is important, each mode must be allowed its own identity, separate from the corresponding major scale.  Thinking of the modes in terms of the numbers – without reference to the parent major scales – can be a step toward characteristic modal improvising. 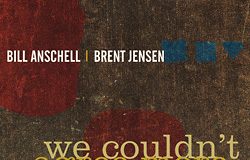