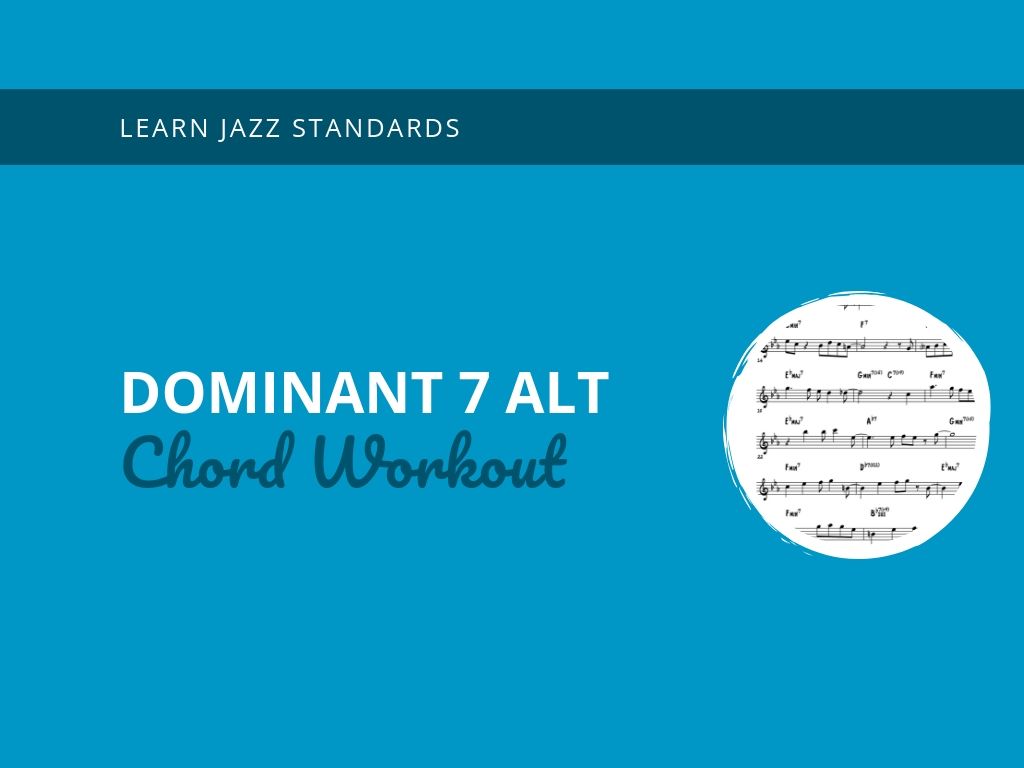 This is our Dominant 7 Alt Chord Workout in our series of Jazz Chord Workouts. What is and Dominant 7 Alt Chord? Also known as an altered chord, It’s a dominant 7 chord which includes one or more alterations to its diatonic chord tones.  These alterations are most often b5, #5, #9, b9. Dominant 7 Altered chords are commonly used as a V chord leading to the I. This exercise helps you practice these chords in all 12 keys.  It cycles through the Circle of 4ths (C-F-Bb-Eb-Ab-Db-Gb-B-E-A-D-G) and each chord is played for 8 bars.  Use the chord charts below to guide you and use the play-along to practice!