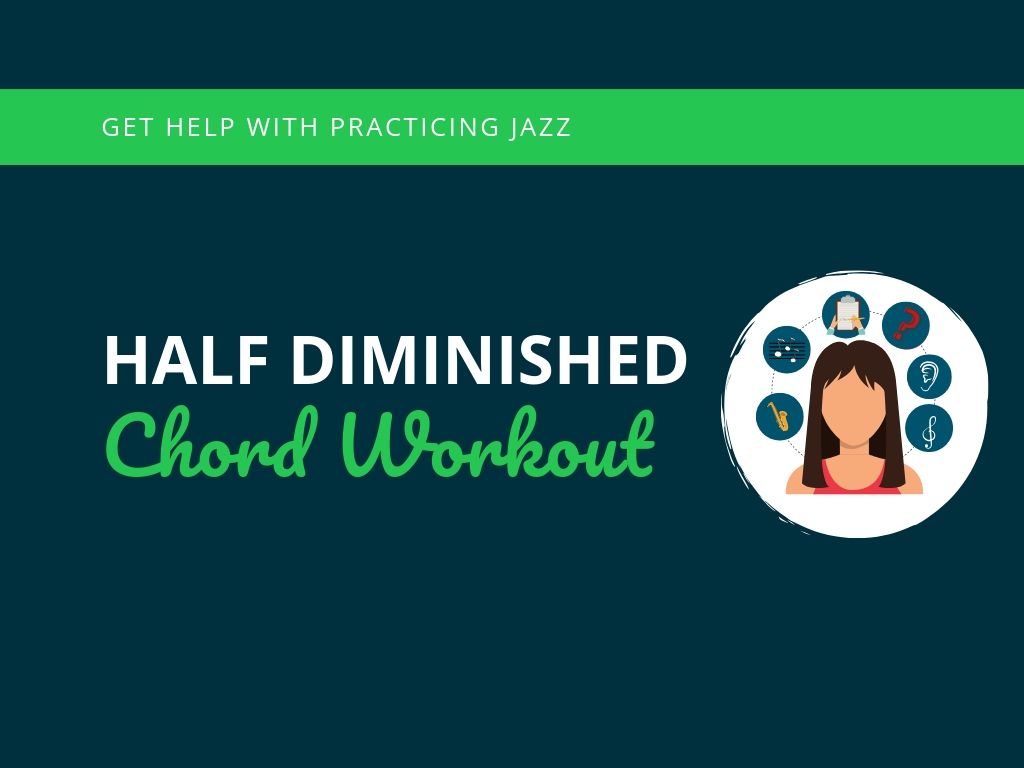 Half Diminished Chords (m7b5) aren’t often played isolated by themselves. You’ll most often find them leading to or from another chord, such as functioning as a ii chord going to a V, or a chromatic passing chord.  However half diminished chords tend to stump a lot of students, and it’s a great idea to practice improvising on them by themselves to get the hang of where all the notes are at.  This exercise (part of our Jazz Chord Workout series) has you playing half diminished chords in all 12 keys using the Circle of 4ths (C-F-Bb-Eb-Ab-Db-Gb-B-E-A-D-G).  Use the chord chart to guide you and use the play-along provided below to practice.  So what are you waiting for? It’s half diminished practice time.