How to Simplify Your Lines With Major Pentatonic Scales 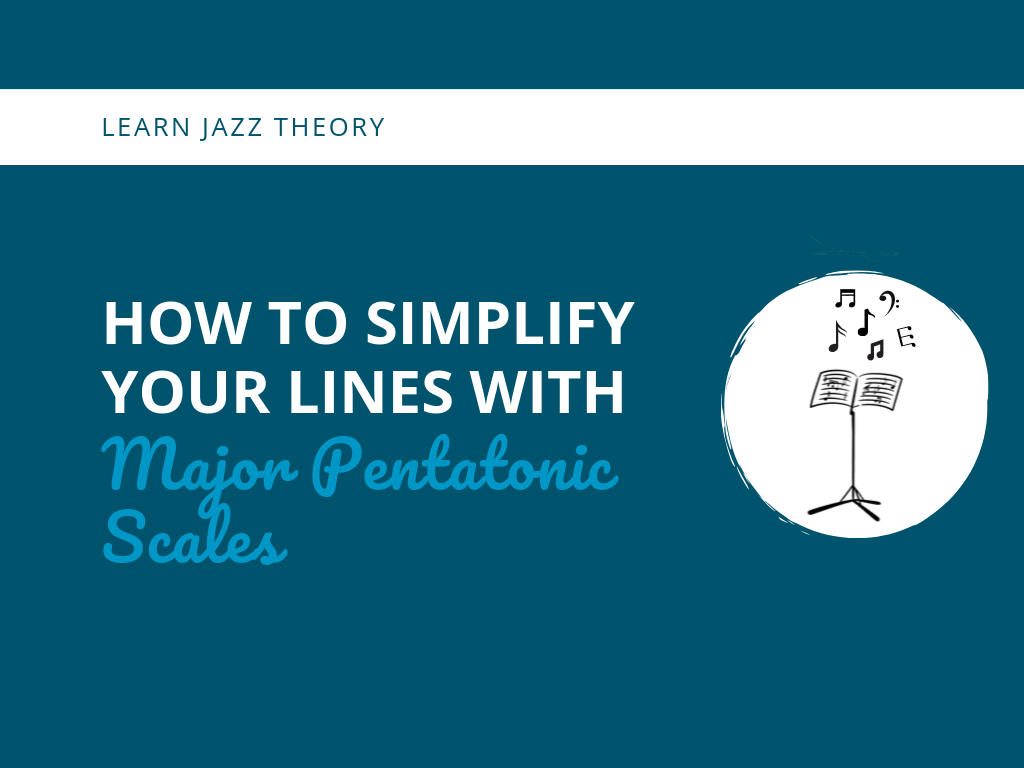 Major pentatonic scales are five-note scales (penta = 5, tonic = tones or pitches) that are built by stacking 5 notes in consecutive perfect 5ths or 4ths.

What makes this scale worthwhile?

Pentatonic scales are ancient musical constructs that pervade music from various cultures across the globe. They’re especially useful and prevalent in jazz because of their close relationship with the “blues scale,” and because of the predominant West African influences on jazz, among other reasons. The great thing about major pentatonic scales is that they allow for simple, tuneful melodies that sound focused and clear because they rely on so few pitches that are close to each other in terms of perfect 5ths.

Perfect 5ths are often viewed as the most “consonant” sounding intervals next to the octave according to many musicians who theorize that the whole number ratios of the frequencies of the pitches of octaves and 5ths make them sound “pleasing,” “relaxed,” and/or “soothing” to many ears.

Since pentatonic scales are made from pitches in stacked perfect 5ths, it follows that they generally are “consonant” sounding scales when played by themselves – but the context in which you use them makes a huge difference in terms of the overall perceived consonance/dissonance of the scale.

What’s unique about the way you can use major pentatonic scales is that, since they essentially limit your note choices relative to the 7-note “church modes,” they allow you to explore one part of a scale/chord while strategically omitting certain pitches.

So for example, if you play D major pentatonic over a Cmaj7(#11) chord, you hit all of the “colorful” tones or “juicy notes” while avoiding the sometimes more “boring” or “bland” sound root and 5th, which are probably being played the bassist.

Here are some examples of a few of the ways you can use pentatonic scales over various chords (I’ve included the corresponding “minor” pentatonic scale and the chord tones emphasized for reference): 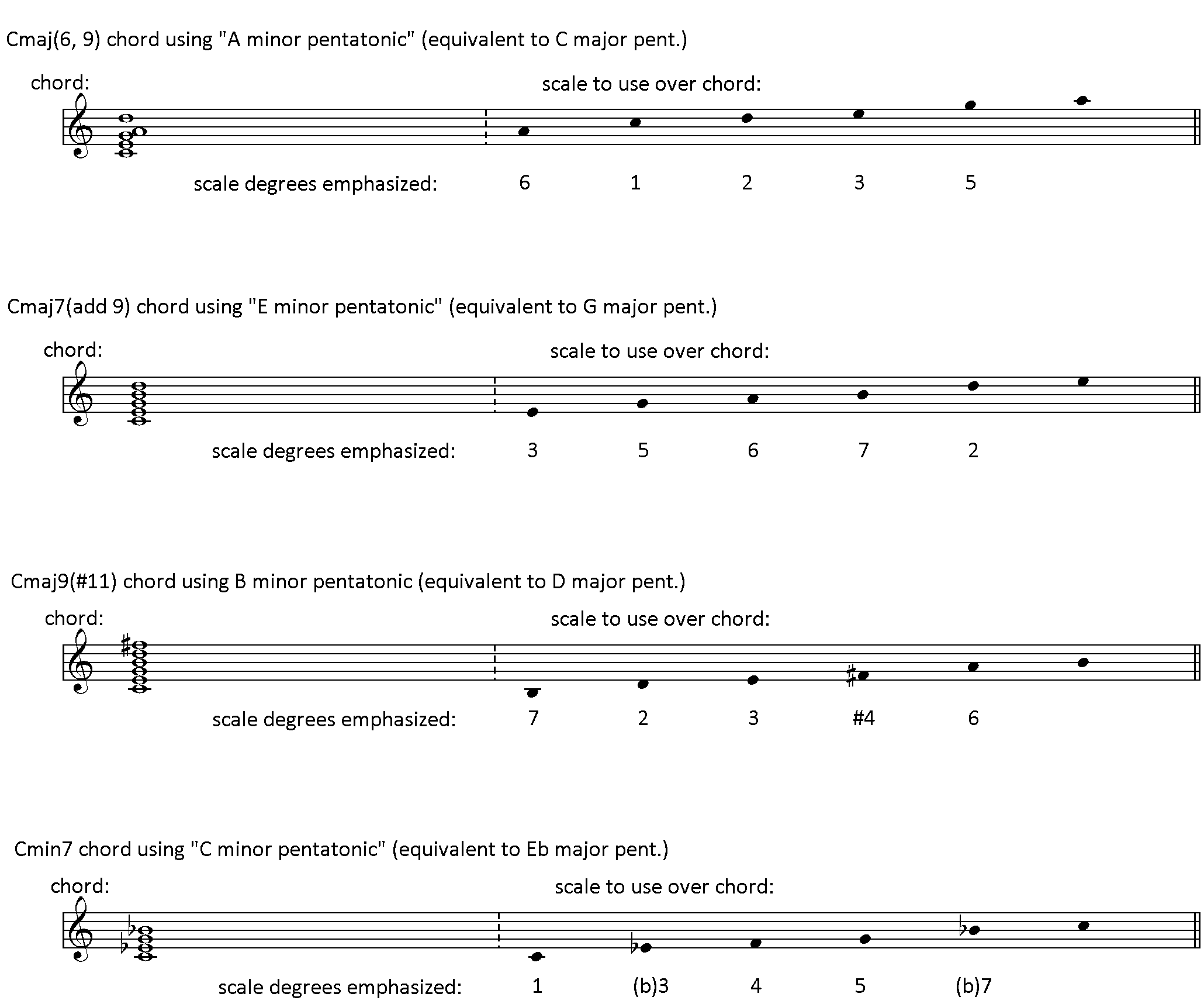 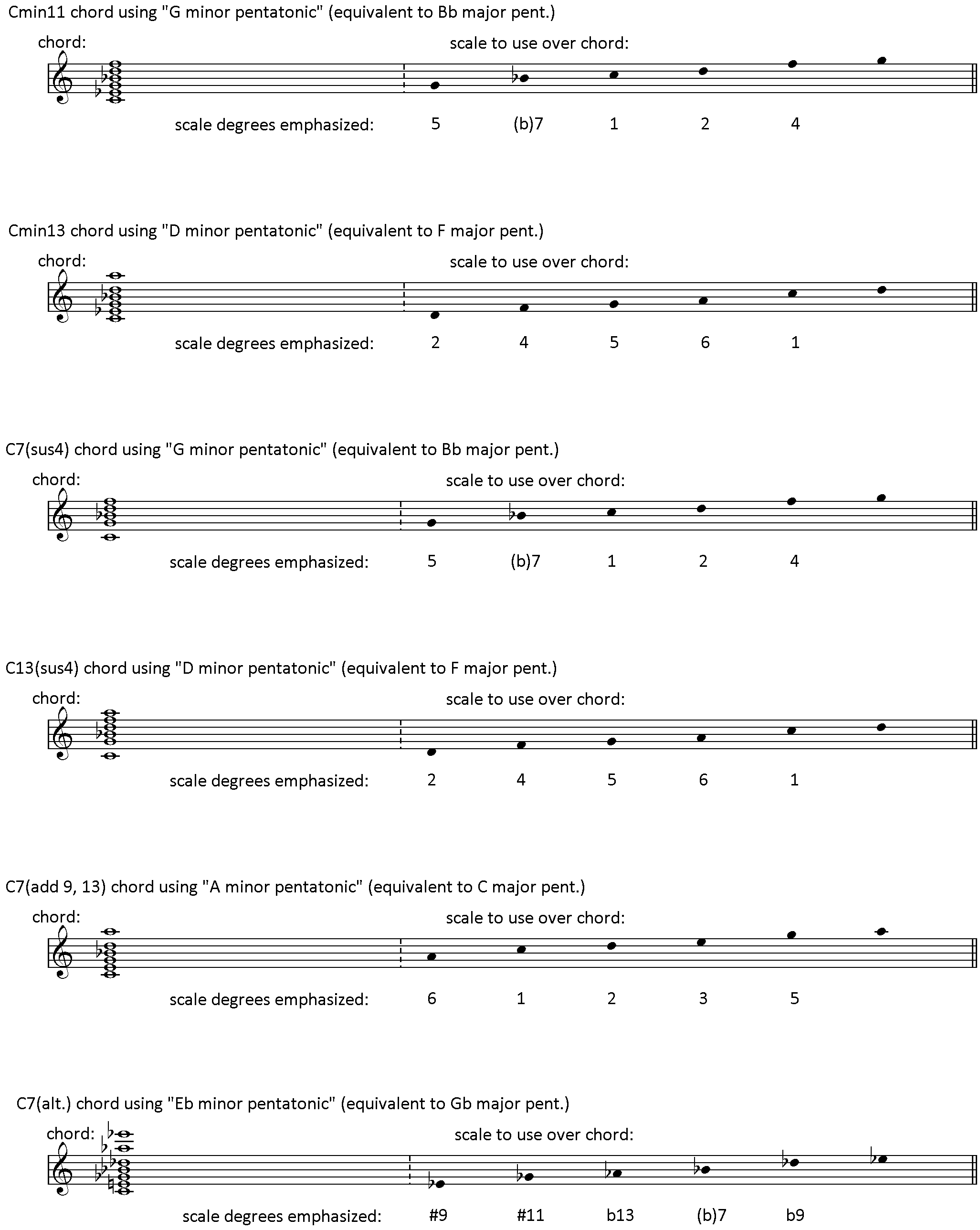 As you start working with pentatonics, you’ll quickly see there are clever ways to use one reductive pentatonic scale over multiple chord changes to simplify and unify some chord progressions.

Here’s an example of a transcription of a Bill Evans sideman improvising over the first 5 bars of “Days of Wine and Roses.” Notice how the soloist uses only notes from the F-major pentatonic scale despite the changing harmony underneath:

This week during your practice sessions, try working in some major pentatonic ideas. Happy practicing!