HomeBlogHelp! How Do I Improvise Over a Half-Diminished Chord?
Learning JazzJazz Theory

Help! How Do I Improvise Over a Half-Diminished Chord? 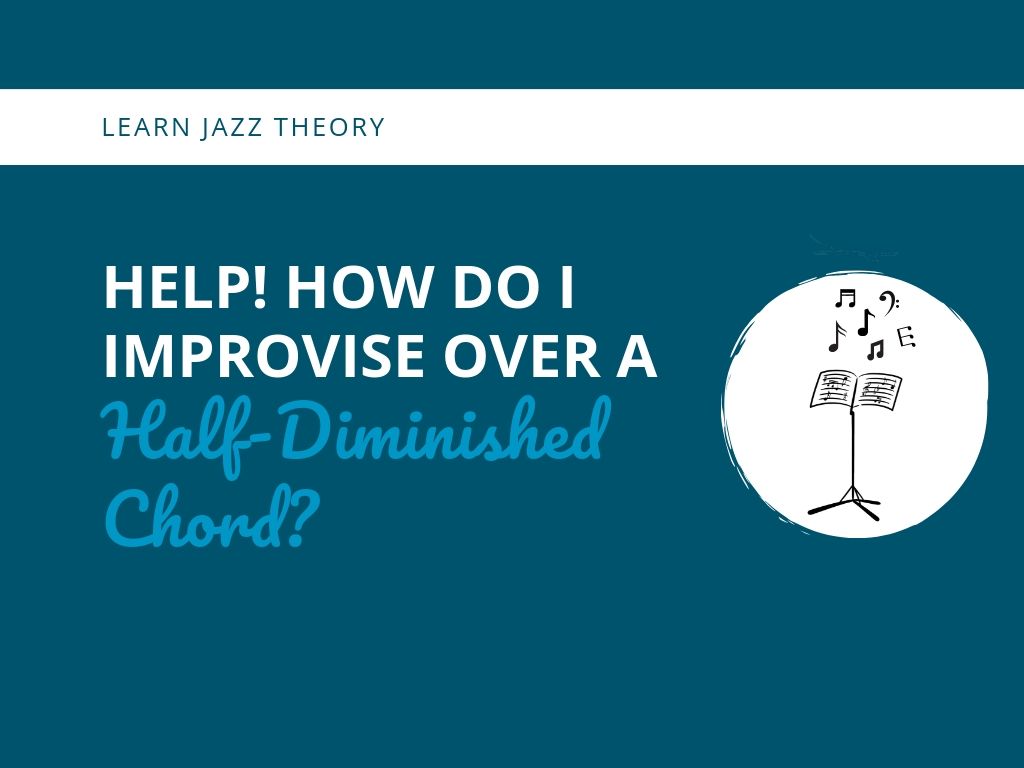 What is a Half-Diminshed Chord?

A Half-Diminished chord is a Minor 7th chord with a flat 5th.

It is important to realize that a min7(b5) chord has three of it’s four notes in common with a minor 7th chord.

The only pitch that is different between a minor 7th chord and a half-diminished chord is the 5th, which becomes a b5 for the Half-Diminished chord.

The Half-Diminished (or Minor 7(b5) chord is represented by two different symbols that mean exactly the same thing.  This chord can be represented by the following nomenclature:

While you can certainly arpeggiate the chord tones and you will sound like you are improvising in the changes, sometimes it’s nice to have more note choices available to you so your melody isn’t limited to only 4 notes!

What Pitch Collections (Scales) Are Associated with a Half-Diminshed Chord?

There are two pitch collections that work especially well when trying to make melodies over a half-diminished chord:

Since one of the 2 versions of a Half-Diminished scale is derived from a Melodic Minor scale, it is worth mentioning that in  jazz theory, the Melodic Minor scale (1, 2, b3, 4, 5, 6, 7, 8) is the same going up and down, as opposed to classical theory, in which the Melodic Minor scale ascends the same way as in jazz, but differs on the way down.  In classical theory, the scale actually comes down as a natural minor scale.  The 6th and 7th scale degrees are both lowered a half-step on the way down.  The reason jazz theory doesn’t change the melodic minor scale on the way down is because the scale is supposed to be a vehicle for improvisation.  If the pitch collection changes between ascending and descending scales, that’s not very helpful for improvisers.

Here is the problem with the term “scales.” Jazz musicians don’t improvise scales; they improvise melodies.  This is an important thing to realize.  We don’t want to just run scales and call it “improvisation!”

Here are some licks that use the two different versions of a “Half-Diminished scale.”  This will hopefully help some people to get some ideas on how to use these sounds.  Enjoy! 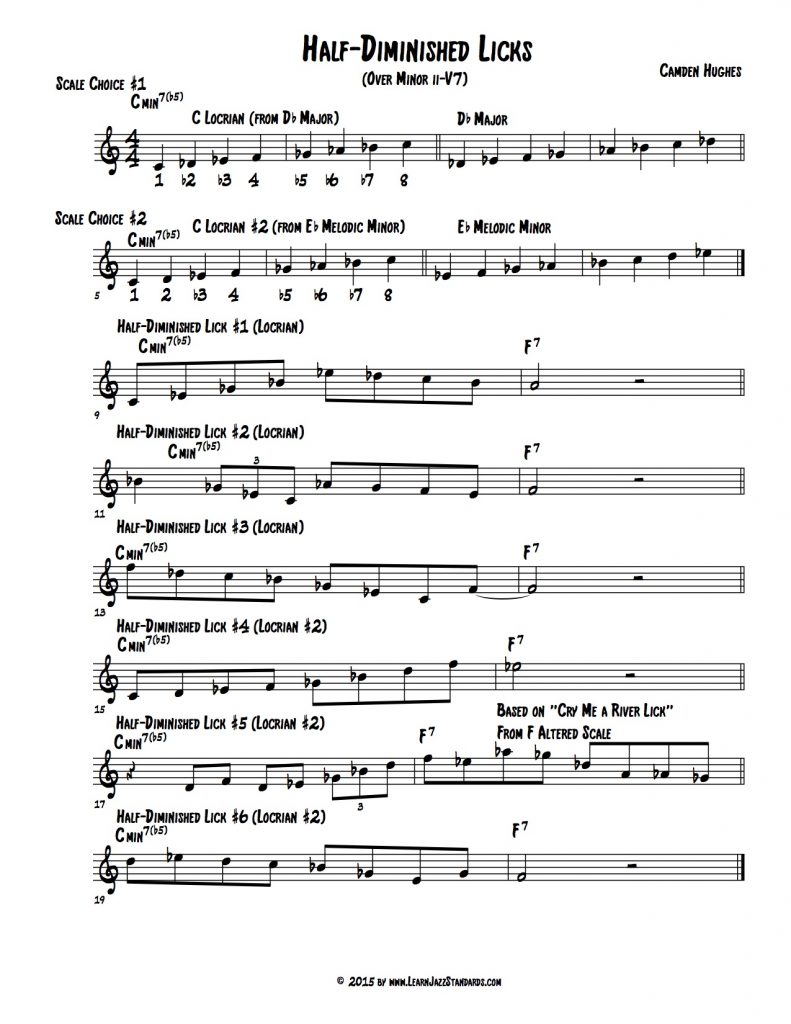 These and other scales are discussed in further detail in my other post about Jazz Scales.

Are you a guitar player?  Then check out our other article on Half-Diminished chords for Guitar.