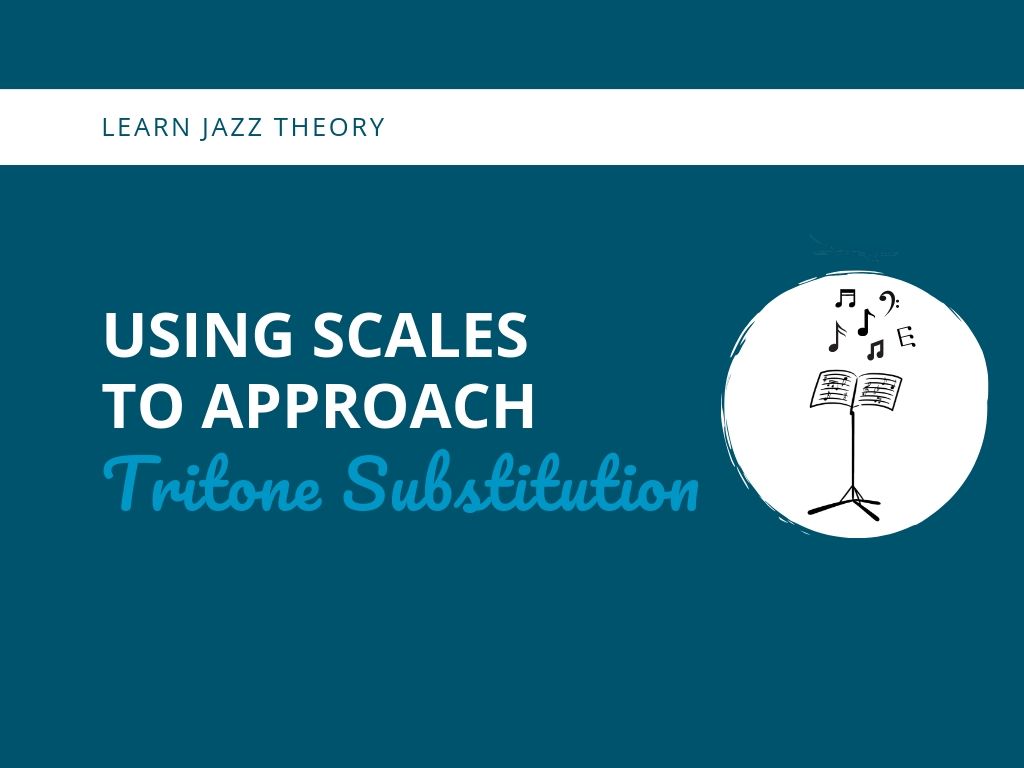 Keep in mind that no scale is a cure-all for your jazz vocabulary ailments.  Scales are like words.  You can’t learn a language by learning a few words; you must learn sentence structure, grammar, syntax, etc.  Scales help you know which note choices sound consonant with a given chord change, but they can be used incorrectly, just as words can be used incorrectly.  A healthy dose of listening and transcribing can help you to sound authentic when you solo.  Jazz language doesn’t come from a scale, but scales are still important.

For this reason, there has been a movement among some jazz musicians to speak more about “pitch collections” than scales.  Whatever floats their boat.  I think that “pitch collection” makes it easy to conjure up a mental picture of someone soloing using a group of notes rather than running scales, so maybe the term is helpful.  However, many people will have no idea what you are talking about if you say “pitch collection,” and so I prefer to use the term “scale” instead.

Here’s  PDF on the Scales Approach to Tritone Substitution detailing several different harmonic instances in which you can use tritone substitution along with a corresponding scales for each chord change:

The only major 7 tritone subs in the handout are shown in the Tadd Dameron Turnaround Version #2, but that particular chord progression has 3 different major 7th tritone sub chords that can all use a Lydian scale based on the different roots, as shown.  I hope this handout helps!

How to Avoid Musical Burnout as a Jazz Musician