When you are soloing over a dominant chord, you can choose notes from several different scales in your improvised melodies.  The mixolydian and the mixolydian bebop scales work well, but sometimes you want something a little more modern sounding.  We are going to talk about two scales you can use if you want to play something “hip!”

These two scales, the half-whole diminished scale and the altered scale, are actually very similar, differing only by one or two notes (there is an extra note in diminished scale).  These are two of the most used scales in modern jazz.  Understanding these scales can unlock lots of great ideas in your playing!

The two ultra-hip scales frequently used over dominant chords are:

(H is a half-step and W is a whole-step)

(you can also have the 5th, although it’s a “secret” hidden note that isn’t generally played in the scale) 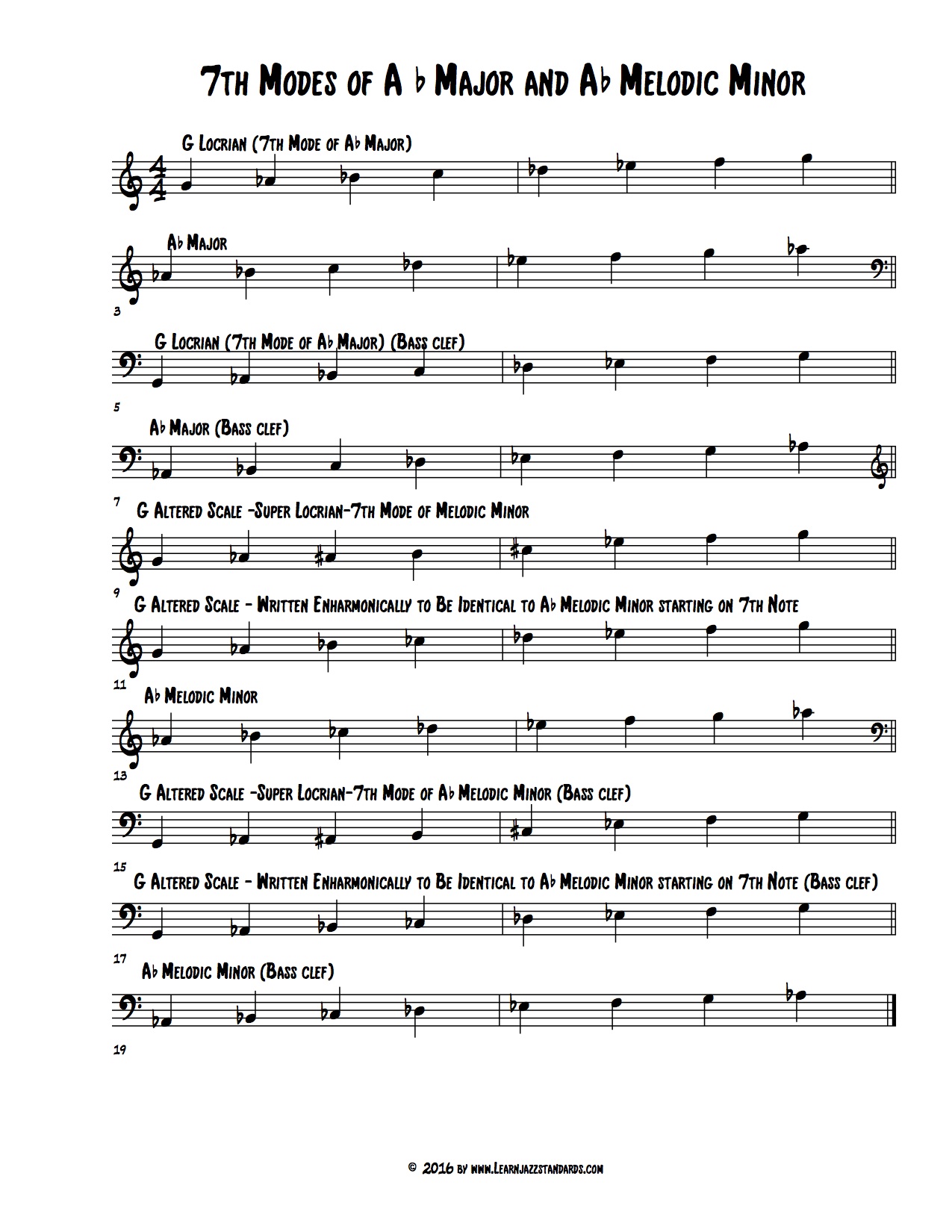 The whole-half diminished scale is:

It could also be written:

To emphasize the continuity of the chord tones over the course of two octaves (see diagram below). 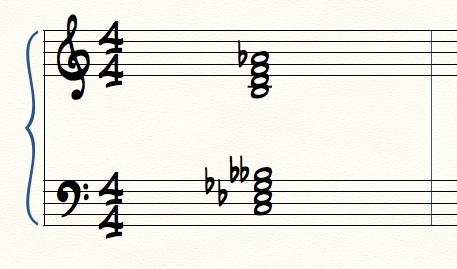 The chord tones are:

If you played each chord tone sequentially by half-steps and whole steps instead of stacking thirds, then you have a diminished scale!

Back to dominant chords and scales!

Because scales and chords are just two sides of the same coin, we are going to start with extended chords.

These extended CHORDS actually have EVERY note from the half-whole diminished and altered SCALES, but written as a CHORD.

These chords have a dominant C7 chord at the bottom and several extensions (9ths, 11ths, and 13ths) above the C7.

We have written out these chords in treble clef AND in bass clef, to accommodate our friends who play bass and trombone.

Notice that there are several names for each chord.

Remember, chords and scales are two sides of the same coin!

No one should use Ebmin7(b5)/C7 for nomenclature except in a teaching application.  I wanted to show that it’s the enharmonic equivalent (using different accidentals for the same notes) of an Ebmin7(b5) (Eb Gb A Db) (technically Bbb instead of A) above a straight C7 (CEGBb).  I would NOT write that in a chart!

That first notated chord in the image above contains every note from the half-whole diminished scale!

I’ll bet you can guess what is coming next…

The second notated chord in the image above contains every note from the altered scale!

*Notice that the natural 5th is a “secret” note in the altered scale.  It actually isn’t part of the scale as it’s usually played, but it is technically part of the chord and is also an acceptable note choice when improvising over an altered chord! 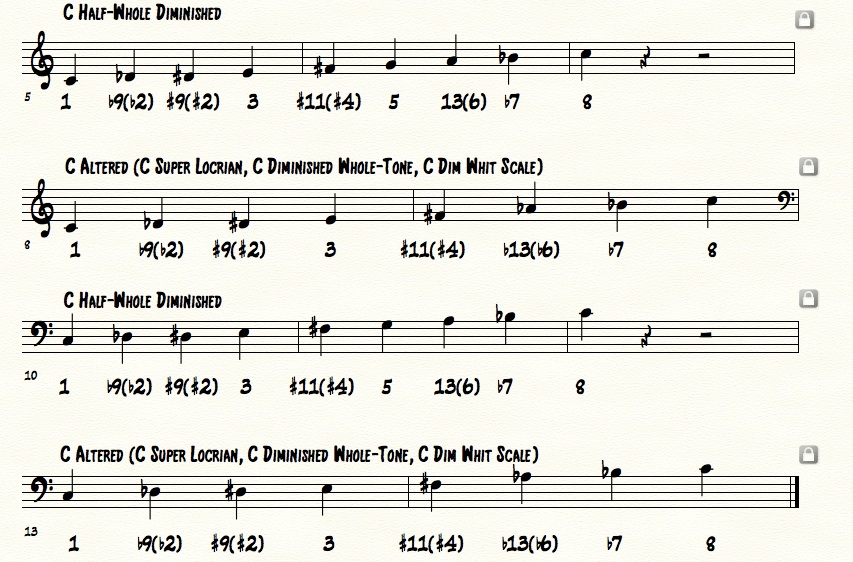 Remember that scales and chords are two sides of the same coin.  These chords with extended harmonies (9ths, 11ths, and 13ths, along with the altered note choices b9,#9,#11, and b13) contain every note from their respective scales.

Let’s consider the scales from these chords:

Here’s a PDF of the altered and diminished chords and scales from this lesson: Altered vs. Diminished Scales.

We’ve also written some licks from the altered scale and the half-whole diminished scale to help you learn how to make melodies from these exotic scales! With practice and dedication, and by listening for these sounds in recordings, you can incorporate these scales in your improvisations over dominant chords. If it’s slow going, take heart; I learned about these scales several years before they started to work their way into my playing!