Transposing for the Jazz Musician 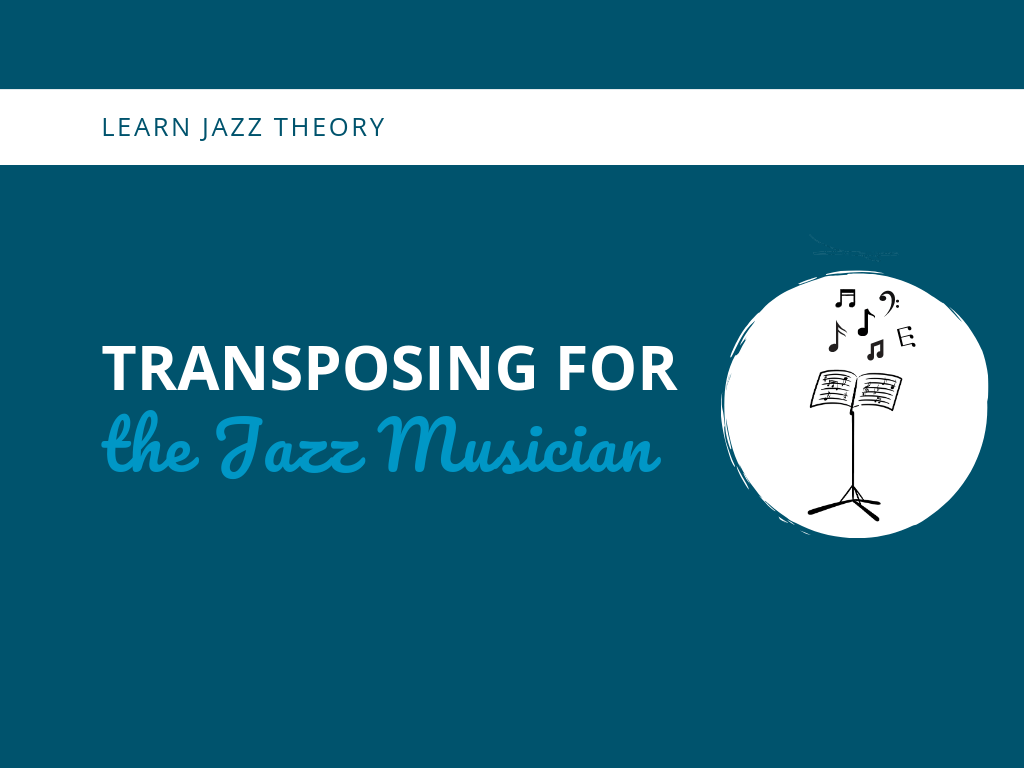 Do you remember coloring by number when you were a kid? Well, jazz musicians should have, in their arsenal of tricks, the ability to play chords by number. This allows them to transpose chords and tunes into different keys. This process is known as transposition.

There are many instances when transposition is a very useful skill. You may need to play a jazz standard in a different key other than the original key for a number of reasons. There are several scenarios when trasponsing is a necessary trick for your trick bag. Transposing is important when you play a tune in a non-standard key when you work with a vocalist, when the tune is commonly played in more than one key, when the other musicians are testing your ability by playing the tune in an unusual key, and in various other scenarios.

Transposing is not nearly as difficult when you think of the tune in terms of numbers rather than chords. We can refer to this process of transposing a tune as “Chords by Number.” When I see a chord progression that I need to transpose on the fly to another key, I first think of the changes in terms of their numbers, rather than the individual chords. In order to make this “Chords by Number” idea come alive, here’s a simple blues in C:

If you make a chord out of every note of the C Major scale (C,D,E,F,G,A,B,C) you get these chords:

If we assign a number to each chord (upper case for major, lower case for minor or diminished) we get:

The three chords of this particular simple blues are C, F, and G. This is a I, IV, V progression, which is the most common progression in blues, rock, and pop, although a ii-V-I progression is more common in jazz. The blues in Figure 1 now becomes:

Guess what? If we transpose this piece to another key center, the NUMBERS NEVER CHANGE! For example, in the key of Bb we have these chords:

Knowing this, if we transpose this blues progression to Bb, then we turn Figure 1 into:

We just transposed the C Blues into Bb Blues!

While the chords changed, the numbers never changed. Another way to say it is that the relationships between different notes remained the same even though the starting note changed. It is MUCH easier to transpose when you think of numbers. When you internalize your scales and chords, it becomes very easy to think of numbers, and then you can begin to transpose songs without even thinking about it!

When learning jazz standards, it is very helpful to learn the tunes in terms of their numbers, and not just their individual chords. The most common progression in jazz is the ii-V-I. In the key of C that is Dm, G, C, as from Figure 3. When you start to recognize the ii-V-I and other patterns in the tunes you learn, your playing will improve, and the key will no longer matter!

Start by taking jazz standards from the Real Book or other sources and start writing them out in terms of numbers instead of chords. You can check your work against one of the Roman Numeral changes (.pdf) files on this site! Learnjazzstandards.com offers free access to “Chords by Numbers” over almost every standard we have on the site!

You can also work on your transposing by moving licks, melodies, and chord changes into different keys, This whole process becomes lightning fast eventually. You’ll eventually be able to play any song in any key. Keep practicing!