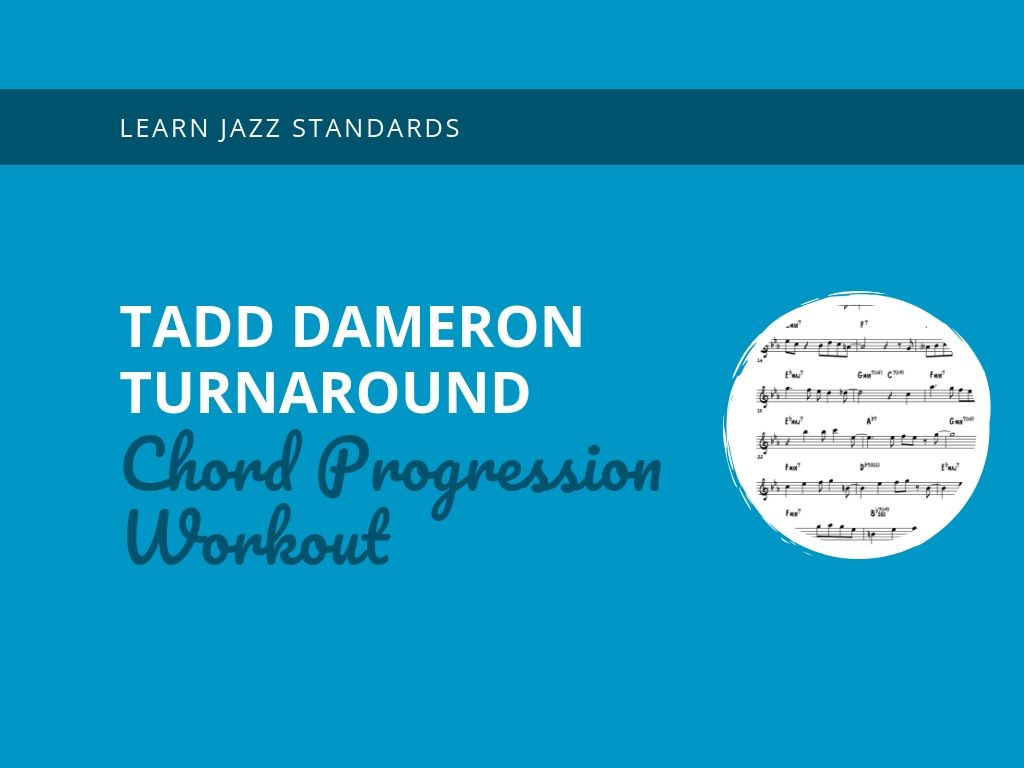 This is our Tadd Dameron Turnaround Chord Progression Workout.  This turnaround is used quite commonly in jazz as a replacement for a I-VI-ii-V utilizing tritone substitution.  Dameron was the first to use this turnaround in his composition Lady Bird, and some say that the downward motion in thirds inspired John Coltrane’s “Coltrane Changes”, exemplified in tunes such as Giant Steps.

Take note that this turnaround is played a few different ways:

Common way: Cmaj7-Ebmaj7-Abmaj7-Dbmaj7.  All of the chords are changed to major 7 chords, as played in Miles Davis’ “Half Nelson” which is based off the changes of Lady Bird.

For the sake of keeping with the original, this Chord Progression Workout is in the original changes: Cmaj7-Eb7-Abmaj7-Db7.

If you want to start a little bit simpler, try practicing with a tritone substitution on a ii-V-I.

Play along with this exercise, which helps you practice this important progression in all 12 keys.  It goes through the Circle of 4ths and each key is played twice.  Use the chord charts below to see the exercise and use the play-along to practice!

Having trouble with any of these chords individually? Check out our Jazz Chord Workouts.

Learning the Notes on the Guitar Fretboard