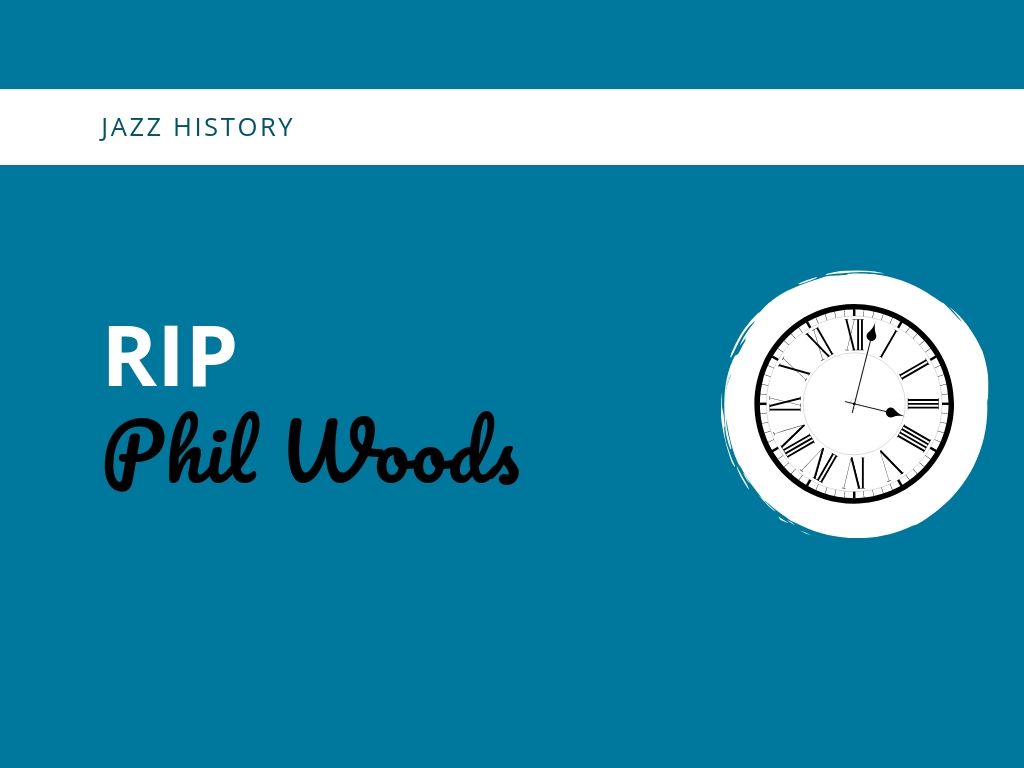 2015 has been a tough year for jazz.  We lost Clark Terry, Ornette Coleman, Lou Soloff, Jazz Crusader saxophonist Wilton Felder, and now jazz just lost another legend this last week.  Phil Woods passed away at the age of 83.  His first album, “Woodlore” came out in 1955, the year of Charlie Parker’s passing.

After Bird’s death, many drew comparisons between Woods and Bird, proclaiming Phil Woods as the heir to Bird’s throne.  Woods even ended up marrying Chan Parker, Bird’s common-law wife in 1958.  The two divorced in 1977.

Phil Woods was a true master of the alto saxophone.  While he had over 100 albums under his own name, his most well-known contribution to the world of music was his solo on Billy Joel’s “Just the Way You Are,” for which he was reportedly paid $300 for 10 minutes of studio work, but received no royalties for his iconic solo.

Wood’s last gig was September 4th with the Pittsburgh Symphony.  He announced his final tune, saying,  “My last number – ever” and walked off the stage without his horn after he was finished.

The jazz world will miss him greatly!  He was a true master.