5 Exercises to Improve Your Rhythmic Precision and Feel 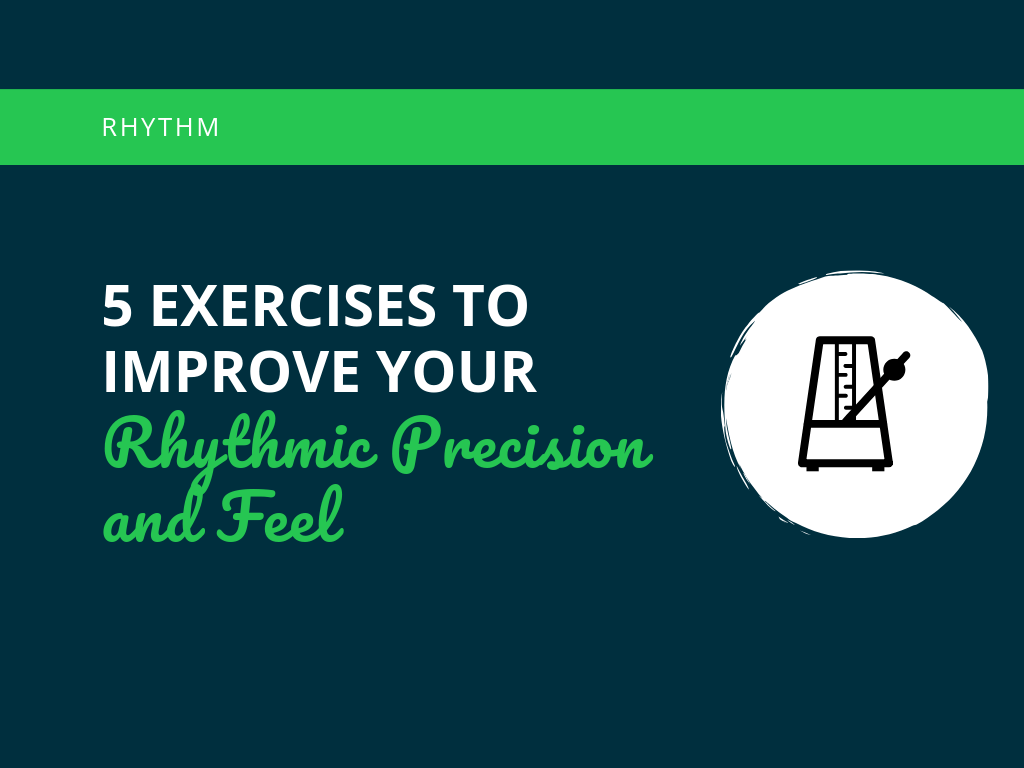 When we are new to learning a musical instrument, we want to learn the cool stuff; the stuff that has a bunch of notes in it. We want to show off to our peers how good we are getting by playing complicated stuff filled with a whole lot of notes. In the process, we overlook the silence or the rests in music.

It is a phase we all go through, and it is necessary and valid. However, when we start maturing and comparing our playing with professional musicians, it hits us, and we start realizing what makes the difference between a professional sounding player and an amateur musician.

Yes, we should play the rests as well, they are there for a reason, and it is our interpretation of them what gives music the rhythmic feel.

If you’ve ever wondered why you learned a piece of music from another musician and it never sounded quite like the original, perhaps you’re playing the notes right, but not the spaces in between them.

So let’s talk about rhythmic feel.

Have you ever listened to an amateur drummer and compared the difference to a drummer like Jimmy Cobb? Of course, this is an unfair comparison. But if you take a good listen you are going to notice a difference in the feel. Among other things, that gap is defined by the placing of notes within the time and the spaces in between them.

Always keep that in mind.

Is there a way we can improve our interpretation of space, rhythmic feel, and precision? Some say that you’re born with time feel. You either have it, or you don’t. But, I cannot disagree more with that statement.

Music is a language, and as such, we learn it through the environment in which we interact. It is NOT in our DNA.

No one is born speaking a language by default. We learn to speak the language that people who surround us speak. You can be German or Japanese, but if you grew up in Spain, you are going to end up learning Spanish because you are surrounded by Spanish speaking people.

So yes, feel is possible to learn and improve upon. You just need to practice and surround yourself with the style of music you want to learn, and in our case, jazz.

I always like to compare music to speaking languages because it is about the same process. When I first arrived in the United States, I knew a bit of English; I was able to communicate my ideas and understand most of the things I was hearing. But I didn’t have the vast vocabulary an American person has. I didn’t have the slang and forget about the accent.

However, as time past by and I started spending more time with people, my English improved so much without me even realizing. My ears got so used to it that even my accent diminished. By living in an English speaking country, I was forced to speak it all the time. All the TV shows I was watching and music I was listening to were in English.

With music, it is the same. If you want to improve your playing and feel, you need to go deep into the style you want to learn.

Play as much as you can with people who know the style, hang with them, listen to the music all the time and go out and check musicians playing live. There are no shortcuts.

So with exposure and practice comes rhythmic feel. Now let’s talk about rhythmic precision, so we can perform those feels with confidence and authority every time we play.

The concept of rhythmic precision is all about having the control to perform rhythms accurately every time we play. People argue that good, organic music has a loose feel, and I agree with that. But even that loose feeling needs to be accurately executed for it to sound loose at all times.

For instance, New Orleans music has a very particular feel. The 8th notes have a precise placement which is neither straight nor swing. Musicians call it playing “in the crack.” To sound authentic within the style, we need to find that crack and stay in there. That requires a lot of rhythmic precision.

The following exercise I learned a long time ago while I was a teenager studying rhythms in the classical percussion conservatory. Later on in college, John Patitucci, who at the time taught at the City College of New York, reintroduced the exercise to me in a slightly different way.

The exercise is excellent to internalize subdivision, improve reading and of course gain rhythmic accuracy. Also, it is a great coordination exercise, because we are going to be using our hands and voice to perform it.

If you listen to the example tracks 1-4, you see that I have a cowbell playing the notes and a shaker playing the rests.

Start slowly, these exercises are challenging, but definitely worth the effort put into them.

For Exercise #5, you probably noticed I changed the sound source to a synth. The reason is that for this exercise I want you to play the actual duration of the notes and rests when singing them. So for instance, when you’re singing the rest, pay attention to the duration of it and hold your voice for the entire length and the same when you sing the notes.

Again, these exercises are not easy, they demand a great deal of concentration and practice, but the results are excellent.

You can work with any music reading book or rhythmic material you already have and apply the same concept.

This is all for now. I’ll keep writing more exercises related to feel and precision very soon. Hopefully, this will keep you busy for a bit. 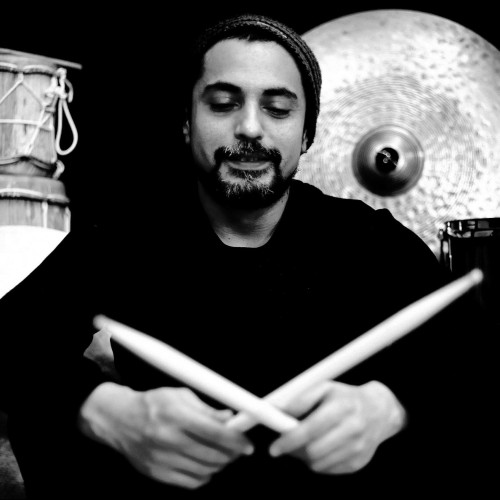 Combining Rate Shift and Odd Groupings to Spice Up Your Rhythms

Spice Up Your Jazz Solos with Asymmetrical Melodies