Even though the saxophone is an iconic jazz instrument in the popular imagination, the story of jazz’s earliest past often leaves the saxophone by the wayside. Despite the fact that the saxophone is, for many people, the most quintessentially “jazzy” instrument of all, the early historical narratives of jazz tend to emphasize primarily trumpet/cornet players (e.g. Joe “King” Oliver and Louis Armstrong), pianists (e.g. Ferdinand “Jelly Roll” Morton), and blues singers (e.g. Bessie Smith).

Based on the way jazz history is narrated in many conversations, books, documentaries, and classrooms, it might appear that the history of the saxophone begins with Sidney Bechet, Coleman Hawkins, and Lester Young and continues to eventually include key players such as Charlie Parker, Dexter Gordon, Sonny Rollins, John Coltrane, and Wayne Shorter. Though these saxophonists (most of whom are tenor players, it should also be noted) are undeniably some of the most important and influential jazz musicians of all time, there are saxophone players (especially altoists) who came before and after them who deserve more attention as key contributors to the history of jazz, and especially the history of jazz saxophone.

So with all of this in mind, I’m writing this to help set the historical record straight – or at least get everyone to question the mainstream story of jazz history a bit (I hope!). I’ve selected an early alto saxophonist who I believe is a virtuoso jazz master worthy of more attention: Paul “Stump” Evans. I’ll briefly introduce him with a bit of background biographical and career information, then I’ll discuss a few analyzed transcriptions of some of his solos, and I’ll end with a few possible explanations as to why this stellar musician isn’t as well-known as I think he ought to be. Enjoy!

Who is Paul “Stump” Evans?

Paul “Stump” Evans (1904-1928) was among the first saxophonists to ever record solos in a jazz style. Not a lot is known or documented about this elusive but fascinating musician. As a primary oral/aural tradition with an early developmental history which initially predated the widespread use of recording technology, jazz’s earliest practitioners often suffer from a lack of documentation.

What we do know is that Evans was born Lawrence, Kansas, learned music from his father as a young man, and played a variety of instruments before settling on the clarinet and saxophone in his teenage years. He moved to Chicago in his late teens right around the time that jazz was starting to pick up steam as a style of new and popular music. He tragically died at the age of 24 from tuberculosis after having worked with some of early jazz’s most seminal artists, including King Oliver, Priscilla Stewart, and Jelly Roll Morton.

According to scholar Stephen Cottrell, Coleman Hawkins acknowledged Evans as a significant early jazz musician, and after hearing and analyzing his playing, I’m inclined to agree! So let’s check out a few of Evans’s solos. Analyses of Evans’s solos on “Beale Street Blues” and “Billy Goat Stomp” – two songs he recorded with Jelly Roll Morton’s band in the late 1920s – will demonstrate some of the features of Evans’s playing that make him a true jazz master, in my opinion.

Here are the recordings and transcriptions, with written analysis below: 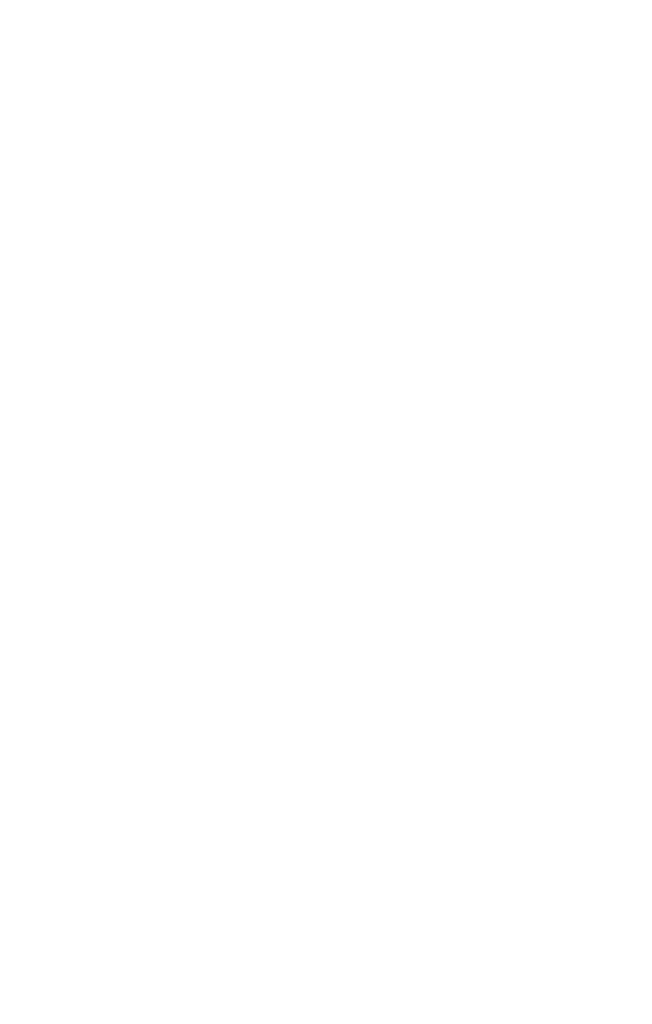 Rhythmically, Evans adeptly switches back and forth between 8th-note triplet figures and a more “old-fashioned” pre-big band era swing feel which veers closer to a dotted-8th-16th quasi-march type of rhythmic phrasing. Evans creates compelling rhythmic tension and release by contrasting highly “laid-back” phrasing, such as in the first four measure of his second solo chorus, with more “on top of the beat” phrasing, as heard in his concluding solo 16th-note cadenza.

Finally, also note other sophisticated and advanced musical gestures such as his use of melodic/motivic development (e.g. bars 5-6 of his second solo chorus), rhythmic displacement (e.g. bars 10-12 of his second chorus), and the virtuosic cadenza which concludes the song. It is also worth noting that Morton allowed Evans to take the final solo cadenza, which, given its attention-grabbing position as the last musical gesture of the tune, perhaps suggests Morton felt Evans’s playing was worthy of highlighting and featuring in such a prominent place structurally. 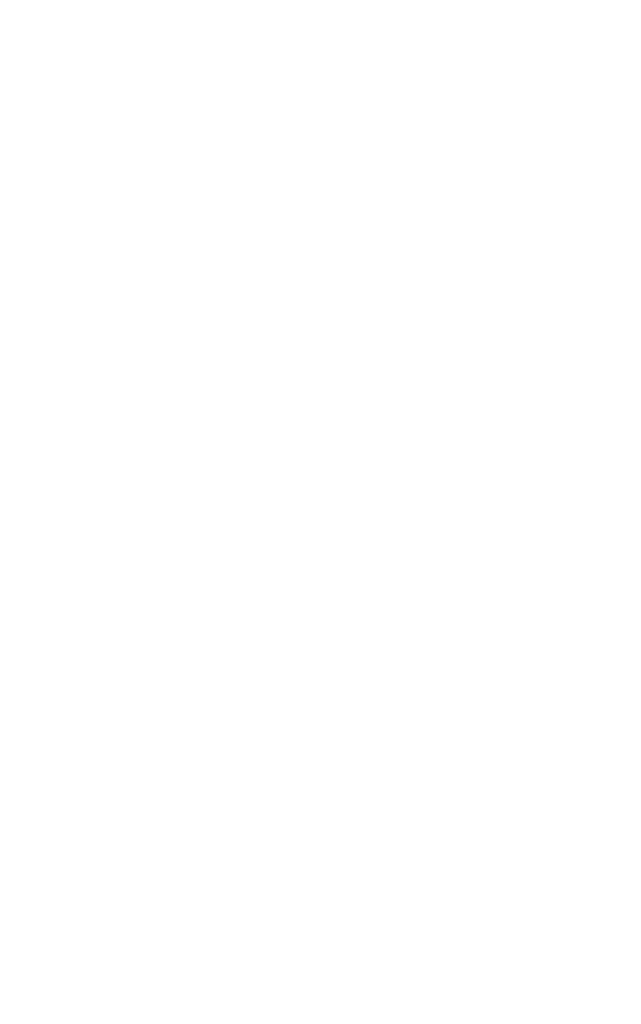 Evans’s mastery of musical time and his rhythmic inventiveness are also clear in his compelling deployment of the implied dotted-quarter note superimposition seen in measures 9-12 of his solo (counted from the pick-up bar). Finally, Evans subtly deploys the slap-tonguing technique in this solo in order to add extra dramatic emphasis to certain pitches and rhythms, as seen especially during the dotted-quarter note superimposition in bars 9-12. The saxophonist “slap-tongues,” meaning he harshly strikes the reed with his tongue while playing to create a sharp, resonant, and drum-like attack which adds timbral variety and rhythmic vitality to his melodic phrases.

For an even more clever, impressive, and dramatic deployment of the slap-tongue technique, refer to Evans’s solo on “Hyena Stomp.” Approximately two minutes and thirteen seconds into the song Evans adroitly plays whispered slap-tongue 8th-note triplets which, combined with his other jovial slap-tongue phrases, have the programmatic effect of echoing the sonic characteristics of the hyena-like laughter which features intermittently throughout the piece and provides the inspiration for this novelty-song’s charmingly amusing title.

Ahead of his time?

After just a quick glance Evans’s work, it becomes apparent that this early virtuosic innovator of the alto saxophone was exploring, in embryonic form, a handful of pivotal and prototypical musical ideas and aesthetic approaches that would be more fully realized and exploited by later generations of jazz musicians. On full display in some of jazz’s earliest recordings, Evans’s work shines forth as a harbinger of many innovations commonly associated with later jazz styles: subtle manipulation of timbre, a clarion alto saxophone tone, the free mixing of duple with triplet-based rhythms, expressive programmatic musical gestures, virtuosic soloistic displays, the use of complex polyrhythmic superimpositions, and the exploration of extended instrumental techniques (e.g. slap-tonguing).

So why isn’t Evans more well-known?

This is a tough question to answer, of course. History can often be cruel, inaccurate, and capricious. History after all is not the facts per se, but rather the stories that we tell based on a combination of the facts and what may be regarded as our myths (even if they are historically-based myths). And of course historical narratives are also inevitably influenced by the self-perceptions, wishful thinking, values, attitudes, and agendas of those who create them.

So it goes that Evans languishes in relative obscurity today for a variety of potential reasons, including his premature death at a young age, the fact that he only ever worked as a sideman (leaders tend to get more attention, naturally), and the persistence of the attitude that the saxophone was simply not an important instrument in jazz’s earliest developmental phase (at least compared to other instruments).

I hope this exploration of “Stump” Evans inspires you to learn more about jazz history, support obscure as well as popular artists, and think about and challenge the underlying assumptions we sometimes take for granted about how historical narratives are constructed and passed on.

Facebook
Twitter
Previous articleLJS 87: Inside the Development of a Jazz Musician (feat. Chris Davis)
Next articleLJS 88: Using the LIST Method to Learn Jazz Solos by Ear