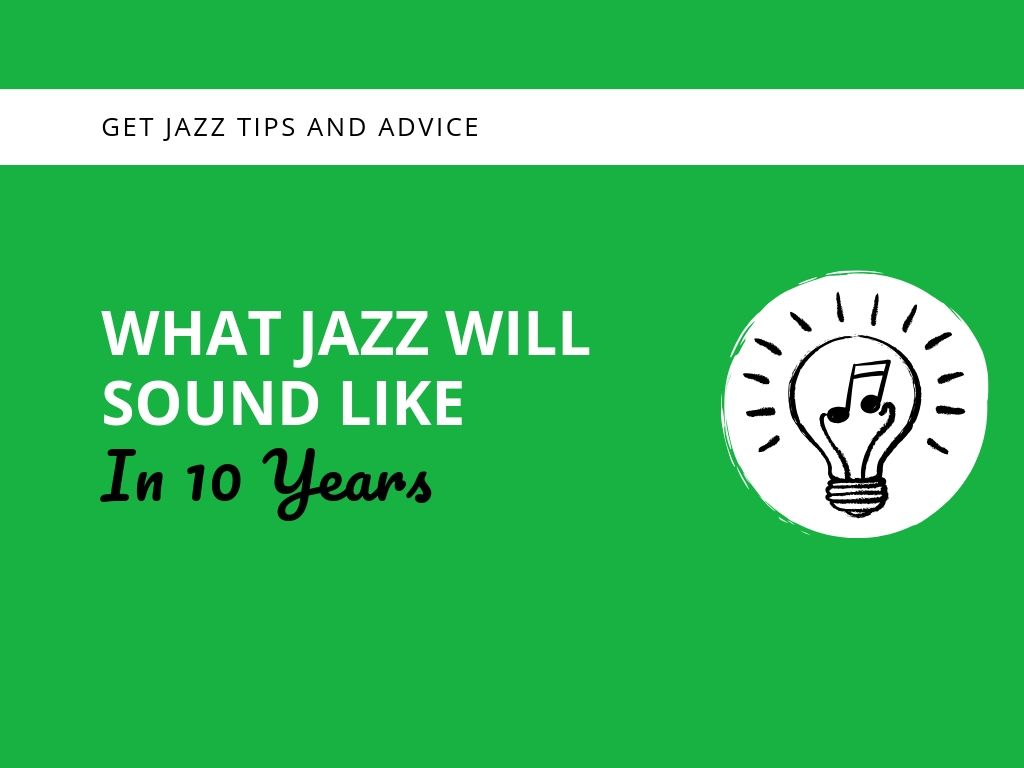 Jazz is an evolving music. It’s not a music that is stuck in the past, although some may be either uneducated or mislead to believe that it is. Jazz is flexible, adaptive, and elusive. It’s like a person who looks at the majority crowd and doesn’t want to conform to their trendy ways, but still wants to be relatable.

I didn’t come up with this. Just look at the history of jazz:

Jazz is a music that always adapts to the times. Jazz came to being by the influence of a melting pot of cultures (New Orleans). The blues which was born off the bleeding backs of the African American slaves, soaked up the European marches and other local musics. They called it “Jass”. From New Orleans there was Chicago jazz, picking up from a different regional culture, and then New York jazz, Kansas City jazz…etc.

In the 20’s, during the Prohibition in the United States, jazz became the music of illicit venues; an obstinate, rebel rousing music, even banned by some. The 30’s brought on the swing era, where many of the virtuoso soloists became band leaders. Jazz became the popular dance music in the United States, and clubs were packed with folks trying to Lindy Hop away the Great Depression.

But after World War II, the soldiers came home and were confused by what they were hearing. What had happened to jazz after all of those years away from home? The clubs were being dominated by beboppers like Charlie Parker. The music was gravitating away from dancing and had become a virtuoso music. The big band musicians of the swing era had been going to after-hour “cutting sessions”, and out of that was born a completely new direction for jazz. Then came Hard Bop from the 50’s, and on the West Coast a cultural difference: Cool Jazz or Cool Bop, a more relaxed and slightly more elegant evolution of bebop.

In the 50’s and moving on to the 60’s, free jazz was coming to life in the midst of the Civil Rights Movement. Some say there is a connection between the term “free” and the social tensions of that time. The musicians leading this movement, like Ornette Coleman, had abandoned the “rules”. They threw out the chord changes and they threw out the meter. Why put up boundaries for expression? Now jazz had become the epitome of art music.

Rock n’ Roll and the further development of electric instruments naturally gave birth to what was called Fusion (jazz meets rock n’ roll). Many embraced this direction like Herbie Hancock, Miles, Chick Corea, and so many others. Jazz continued to reflect the society that surrounded it.

The 90’s spurred a generation of jazz musicians that have come to be the leaders of modern jazz today. I’m thinking of guys like Brad Mehldau and Kurt Rosenwinkle among many others. While some have stayed closer to the language that developed from the bebop era, others have blazed new trails, and new ideas of how to play jazz. It’s a decade of jazz that I am particularly grateful for.

Today, as I observe the scene here where I live in New York City, I can’t help but imagine that I am seeing a similar sight to what was going on in New Orleans back when it all started. I see a melting pot of cultures, music, personalities, races, and classes all trying to make sense out of the current happenings in the world; trying to come to terms with the social and economic injustices of our time; trying to make sense of war and peace; feast and famine.

I hear jazz musicians who are influenced by pop, R&B, singer songwriters, rock, hip hop, and the avant garde. Some jazz musicians are interpreting the tradition of the music for themselves, while others are re-imagining the style altogether. I hear the standards of old being played, I hear original music, I hear covers of pop-culture music, I hear it all! Jazz is being played in underground clubs, bars, coffee shops, street corners, subway stations, parks, and private parties. I hear it coming from apartments as I walk down the street. Yes indeed my friends, jazz is alive and well, and continuing to do what it has been doing all along.

So what will jazz sound

Technically, I’ve already answered that question, but I’ll say it again: jazz is a music that always adapts to the times. Jazz musicians have simply been responding to their surrounding environment this whole time, and expressing it. Now of course all styles and forms of music do this, but jazz is social music. That’s what a jazz band is, a social gathering. Everyone has a place at the table and everyone is partaking in the conversation. In many ways jazz is an art music. The same as you can observe different eras of paintings or architecture and learn a whole lot about what was happening in the world at that time, jazz tells the story about collectives of people defining their experiences on earth.

So what will jazz sound like in 10 years? I hope you don’t feel cheated here, but this is a just answer: It will be influenced by other styles of music being played then. It will reflect on the music that was played before. It will mirror the world 10 years from now, wherever the musicians may be. It will pay homage to the history of jazz music. It will still be open to moving forward in new directions. History always repeats itself. Pay close attention to what’s going on now, and maybe, just maybe, you can predict the future.

Who cares exactly what it will sound like. No one should, and no one should try to pin it down. Jazz is a free spirit. Let it go, and let it run freely.