Louis is one of the most celebrated jazz musicians in the world and is responsible for bringing jazz to the spotlight. His gravelly voice and iconic trumpet sound were trademarks of his big personality. Armstrong revolutionized the music by turning the focus on the individual soloist rather than just collective improvisation.

Any of the Hot 5 and Hot 7 sessions

One of the most important composers in the history of American music. He’s best known for the over 3,000 songs that he wrote in his lifetime. His band, The Duke Ellington Orchestra, is arguably one of the most important big bands of the swing era. Many of his compositions have become part of standard jazz repertoire. In addition to being a great composer and arranger, he was a great pianist and some later albums feature him as a pianist.

And His Mother Called Him Bill

Charlie Parker is one of the most innovative musicians in jazz history with his pioneering of the bebop style. He led the bebop movement which turned the danceable music of the swing era into a virtuosic style which focused on the soloist over and above everything else. Musicians would pack the clubs to listen to him and attempt to mimic him. Many notable musicians such as Sonny Stitt, Jackie McLean, and Sonny Rollins come straight out of the school of Charlie Parker.

(Look up any compilation as there are many)

Miles Davis is an important musician in jazz for many reasons. The first thing to note is Miles played a vital role in every era of jazz from the bebop period to fusion. He played bebop with Charlie Parker and then led his own groups playing cool jazz, hard bop, free jazz, fusion and even pop. He was an innovator of modal jazz.

Another aspect of Miles’ importance was a unique ability to build bands of young musicians that eventually went on to become important jazz musicians themselves. John Coltrane, Bill Evans, Cannonball Adderly, Wayne Shorter, Herbie Hancock, Ron Carter, Tony Williams, Keith Jarrett, Chick Corea, and John Scofield are just a few of the musicians that came out of his bands.

(Look up Miles and Bird)

Someday My Prince Will Come

In a Silent Way

John Coltrane is known as one of the most influential musicians on Modern Jazz. He has a unique and powerful tenor sax sound which many have tried to imitate. Outside of his extraordinary playing ability, he is known as an innovator in jazz especially due to his harmonic structure “Coltrane Changes” which can be heard in songs such as Giant Steps. 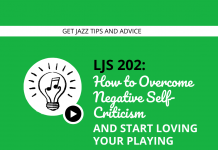 LJS 202: How to Overcome Negative Self-Criticism and Start Loving Your Playing 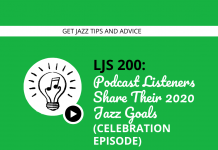 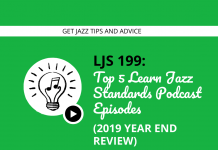 LJS 30: 5 Jazz Solos You Should Learn and Why