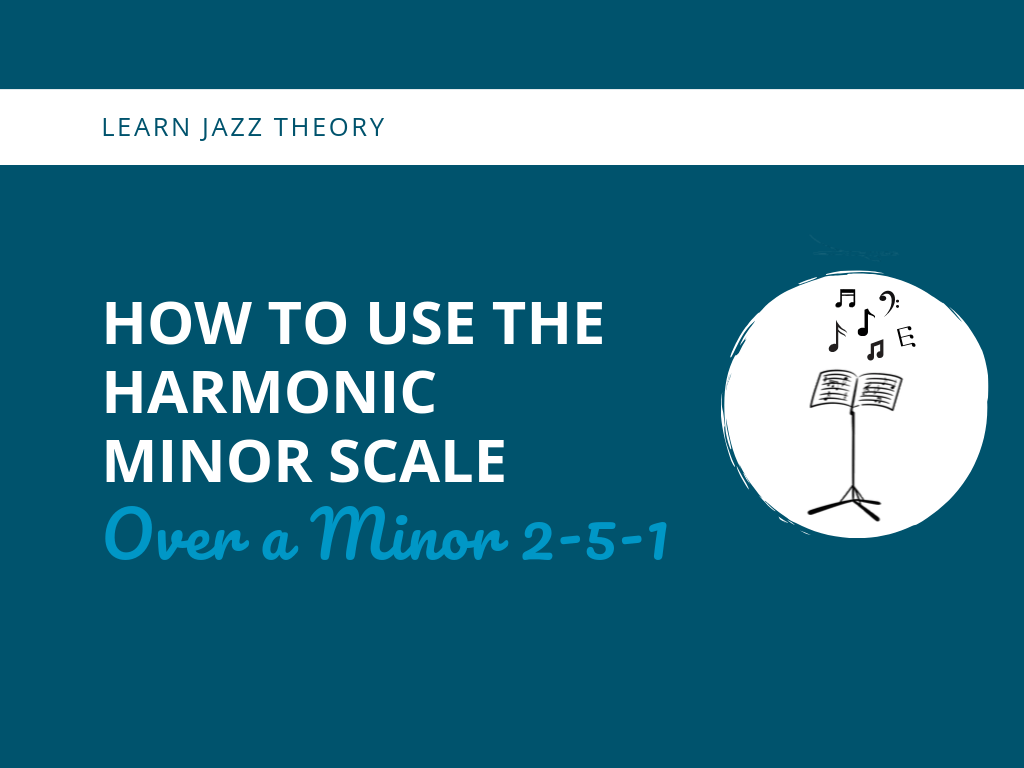 In my recent post on the harmonic major scale, I talked about ways to construct II-V-I lines using one single scale. I have also mentioned the harmonic minor scale in passing when talking about minor II-V-I’s.

The harmonic minor scale is used a lot in jazz, especially in vocabulary from the bebop and hard bop eras (the melody to “Donna Lee” is just one example).

You can read my recent post for a recap of what the harmonic minor scale is and how it’s derived.

As a refresher, here it is notated:

Here’s what I mean notated visually:

The harmonic minor is perfect for generating hip II-V-I lines because it has the b9 and b13 of the V7 chord embedded in it and it allows you to simplify the entire II-V-I into one single reductive scale. It works over all three chords and has a strong sense of tonality and unity.

In addition to simplifying the way you think about a II-V-I, the harmonic major automatically liberates you from that often droll “church mode” sound and gets you playing a hip, “exotic” sounding scale.

Here are some examples of minor II-V-I lines using the harmonic minor scale: 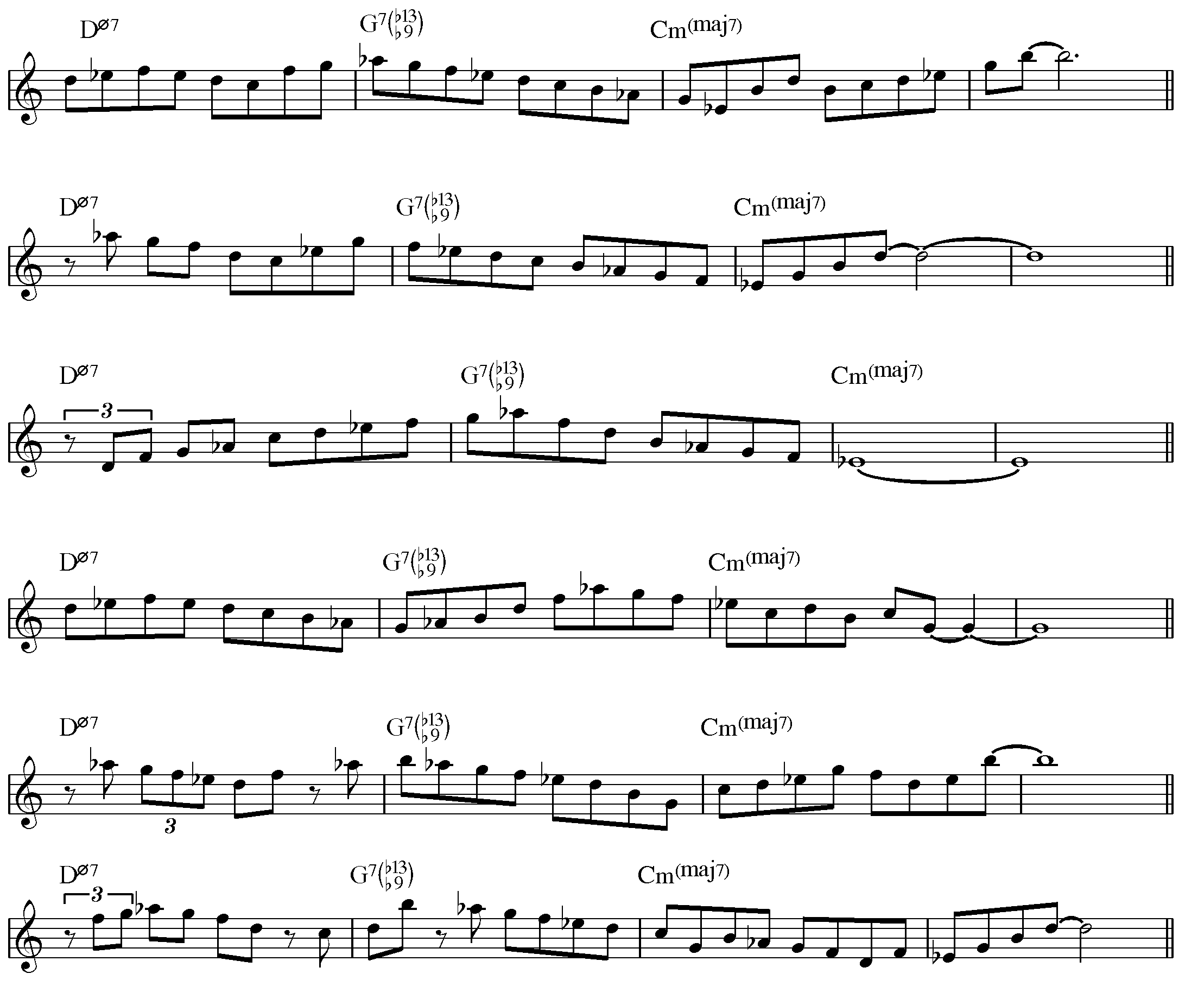 I hope you find this helpful and inspiring, and I hope you feel empowered to go out and practice and explore the harmonic minor scale!

Facebook
Twitter
Previous articleLJS 66: 5 Most Important Jazz Musicians You Need to Listen To
Next article5 Jazz Chord Substitutions You Need to Know