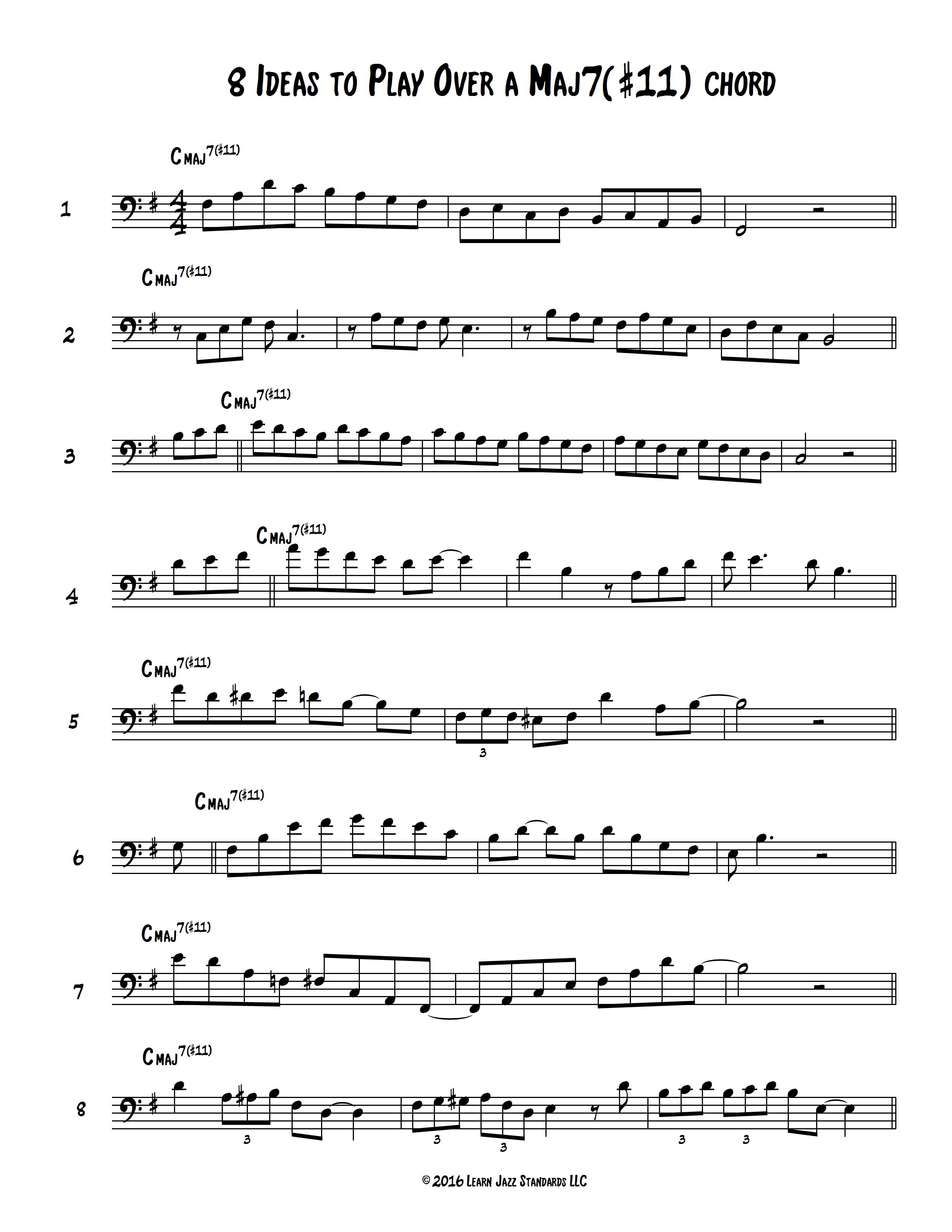 Major 7(#11) chords can be confusing chords to improvise over, and they do come up from time to time in jazz repertoire.

If you are going for a specific sound you can also spell it maj7(b5). In this case there would be no natural five, it would be a 4 note chord rather than an extension: (R-3-b5-7).

The G major scale only has 1 sharp in it’s key signature, and it is F#.

Another way to think about constructing a C Lydian scale for example, would be thinking of it as a major scale with a #4 (or b5) replacing the perfect fourth. But it is still important to understand which key center the Lydian mode is related to.

Above are 8 musical ideas to play over a maj7(#11) chord. These are just some different melodic sounds for you to practice, and get in your ear. The most important aspect of practicing these ideas is to get familiar with the sounds and perhaps depart from thinking too much about scales, and think more melodically. Ultimately this is the goal. Practice these melodic ideas, and then start composing your own!

You can also use our Maj7(#11) Chord Workout play-along to practice improvising over this chord in all 12 keys.

Facebook
Twitter
Previous articleLJS 21: 4 Steps to Finding More Time to Practice
Next articleWhy I Gave Up On Hating My Playing

So you're a guitarist and you want to start getting your jazz chops together. Awesome! Here's the great news: Contrary to what you may have heard, you...
Read more
Blog

The blues has always played a central role in jazz music from the very beginning and is without a doubt one of the most...
Read more
Learning Jazz

3 Classic Patterns All Jazzers Should Know

I’ve mentioned surrounding tones here on LJS before, and I want to expand on this idea and offer a few more useful ways to...
Read more

If You Don’t Do This, You’ll Never Be a Jazz Musician